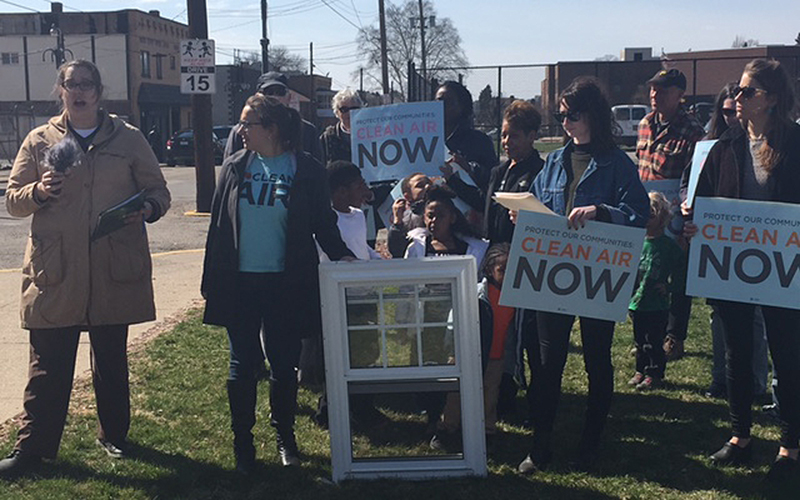 Consent Agreement Feels like a Case of Déjà Vu

Did you hear the recent news? The Allegheny County Health Department (ACHD), the primary agency that deals with air pollution in Pittsburgh and the surrounding county, reached a deal with US Steel to reduce emissions from the Clairton Coke Works. They announced it on Good Friday, but it should have been Groundhog Day because it's giving me a serious case of déjà vu.

It took an outside lawsuit for ACHD to hold the coke plant accountable for operations that led to 6,7000 violations over a three and a half year period. That’s the equivalent of illegal pollution coming from the facility five times a day, every day. As part of the agreement the company paid a $25,000 fine and has five years to take measures that will bring the plant into compliance.

But forgive me if I remain skeptical about the impact this will have.

This is just the latest in a series of consent agreements that never seem to lead to any improvements for the environment or health of affected residents. The company says that environmental stewardship is a key principle for them, but actions speak louder than words and US Steel hasn't always kept their word when it comes to these agreements. In 2007, the company promised to shut down some of their oldest batteries and build replacements that would reduce air pollution and make this a healthier place for residents and their workers. They spent millions of dollars building Battery C, which is still having trouble reaching compliance, but abandoned plans for Battery D. Meanwhile several of their older batteries remain open and continue to emit toxic levels of soot, sulfur dioxide, and coke oven gas into our air.

To draw further attention to the issue and celebrate the first day of spring, we – residents, health and environmental advocates, and faith leaders – delivered the second annual “Closed Window Award” to the Clairton Coke Works. The “Closed Window Award” is a plea for Clairton Coke Works to follow air pollution laws so that residents can open their windows and enjoy the warm weather. Residents who spoke at the event discussed the health concerns for the community, especially for kids, many of whom have asthma and have to use inhalers when they play sports.

The fact of the matter is that the Clairton Coke Works is polluting the air of the 37,000 people who live in its shadow. The amount of violations that the plant has accumulated is evidence of that fact. Residents deserve the cleanest possible air and should be able to open their windows and enjoy the warm weather, like you and I. Proactive steps need to be taken to reduce pollution, and residents can't wait five years to see that impact. The plant has failed to follow through on their commitments to clean up the air in the past and there is no reason to believe this new consent agreement will be any different. That is why we continue to support and fight alongside community members for greater industry accountability and ultimately clean air.