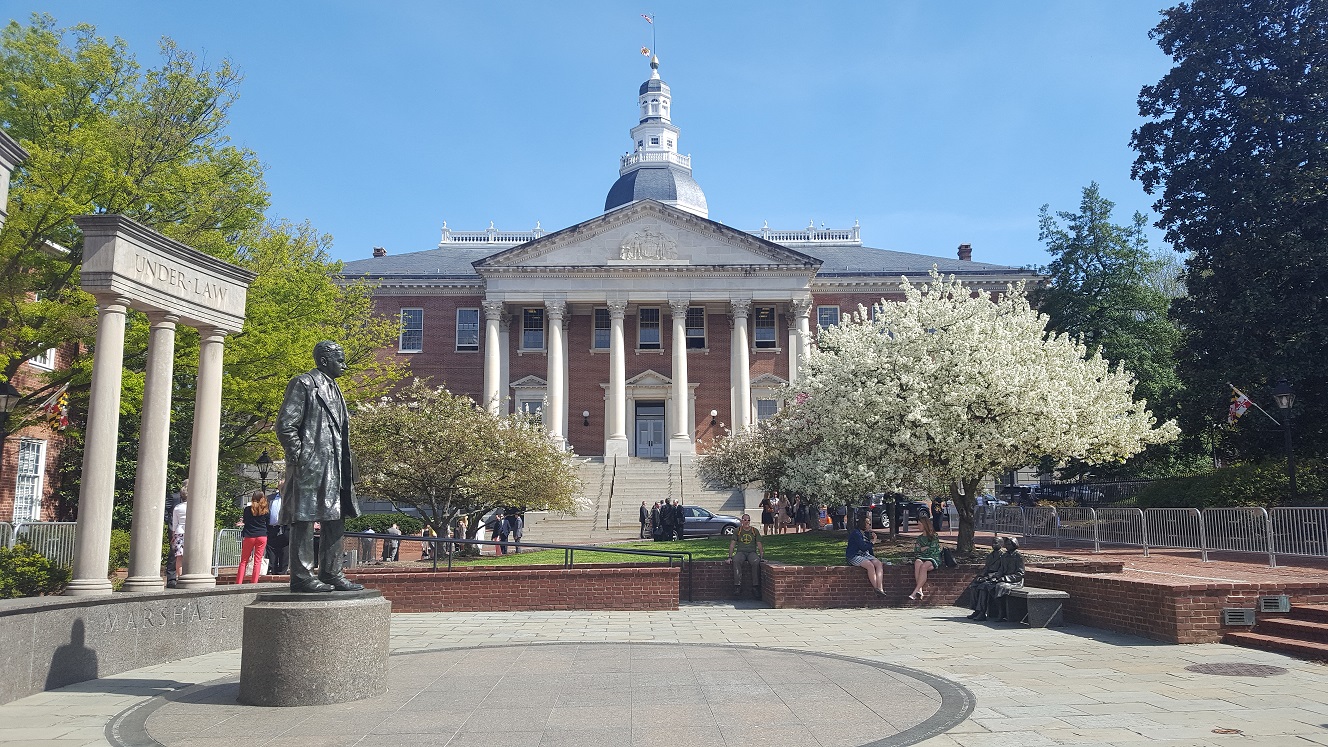 The 2017 Legislative Session is over - what next?

Last night marked the end of Maryland's 2017 legislative session. This was a wild three months in Annapolis, but we were there for it all, campaigning for our priority issues, adding a few more, and making sure that we were an active voice for clean water throughout. We framed our legislative work around our core issue areas: the Chesapeake Bay, Climate, Environmental Justice, Equitable Development, and Toxics.

The Keep Antibiotics Effective Act: Maryland is now the second state in the country to prohibit the routine preventative use of antibiotics for farm animals! 70% of antibiotics medically important to humans are actually prescribed to animals that aren't sick, increasing antibiotic resistance. By making sure antibiotics are only used when they're actually needed, Maryland is protecting human health and the health of our waterways.

Nitrogen-Reducing Septic Systems: The governor rolled back the statewide requirement that new septic systems use technology that reduces their nitrogen pollution, so now those systems only have to be used in the "critical area" closest to our tidal waterways. Unfortunately the state's Chesapeake clean up plan is based on using these nitrogen reducing systems statewide, leaving other sectors (and taxpayers) holding the bag for septic pollution. Nitrogen pollution from septic systems is increasing in 13 counties and degrades local waterways around the state. While General Assembly leadership did not support our legislation to reinstate this requirement, we will work with the House Environment and Transportation Committee in summer 2017 to explore how Maryland can move forward and offset this increasing load of pollution.

Clean Water Commerce Act: With the Maryland Clean Agriculture Coalition, we opposed Governor Hogan’s original Clean Water Commerce Act, which when presented designated up to $10,000,000 to be used for an undescribed pollution trading program. Ultimately, the bill was instead amended to enable Bay Restoration Funds to be used to pay for new nutrient and sediment-load reductions.

Lead in Schools: We worked with Delegate Lafferty on his successful school lead testing bill, which requires schools in Maryland to test their water for lead and report it back to parents.

Farebox: We joined the Keep Maryland Moving coalition to remove the arbitrary farebox recovery standard upon which our mass transit systems are judged. This change will remove what amounted to an artificial cap on transit, which has particularly resulted in Baltimore being underserved. Poor transit in Baltimore is a major equity issue, impeding access to jobs, health care, and green space for tens of thousands of Baltimoreans.

Climate: Congrats to the Don't Frack Maryland coalition for passing an unprecedented statutory prohibition on fracking in our state. The passion and commitment of grassroots activists made all the difference. Building on a prior legislative victory, we've been working outside the General Assembly to make sure Maryland becomes a leader in offshore wind development. We delivered 400 member comments to the Public Service Commission last week - stay tuned for how you can support offshore wind in the months ahead.

Thank you to our members who called and sent emails to their legislators to support our legislation - now more than ever elected officials need to hear from the people. A major shout out to our hard working canvass that mobilized letters I was able to deliver to key legislators. I’m grateful to the coalitions that sprung up over our various issues, and, of course, our tireless septics team that stayed until nigh on midnight to testify.

Finally, thank you for allowing me to represent you this session in Annapolis.