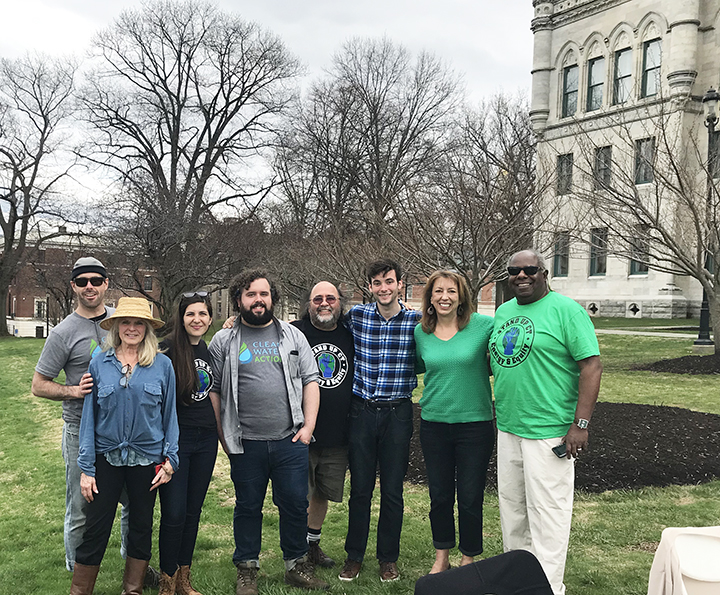 Together, we achieved our goal and sent a loud message to restore Energy Efficiency and Clean Energy Funds!

In 2017, Connecticut’s General Assembly made an outrageous and short-sighted decision to raid $145 million dollars of energy efficiency and clean energy funds and sweep them into the state’s general fund to help plug a fiscal crisis. These ratepayer funds, collected by a small surcharge on electric utility bills, are intended to support energy efficiency and clean energy projects in towns across the state.

These projects reduce energy consumption and waste, reduce reliance on fossil fuels, save residents money and reduce carbon pollution and the worst impacts of the climate crisis. In addition, these funds have supported 34,000 good paying jobs for business owners and contractors that provide direct services to residents and businesses across the state. The funds have contributed to the following:

Our canvass team was stunned by the shortsightedness of this decision when we learned from our state director about the environmental and economic impacts of the raids. We were inspired to act when our Connecticut national board member and CEO of Energy Efficiency Solutions, Leticia Colon deMejias, engaged us to help.

The challenge was to get 1,000 signatures of residents to oppose the upcoming June diversion of another $54 million dollars from these funds and to protect them for their intended purpose going forward. Our team was excited to be a part of this important work.

We were so pleased to attend a rally on Sunday, April 14th at the Capitol in Hartford, organized by Leticia, Clean Water Action and other environmental groups, for the purpose of raising awareness of the impact of these raids and to deliver the petitions and letters that would be delivered to the Governor’s office on May 3rd.  Not only did we exceed our goal of 1000 petition signatures, but we provided numerous letters from people in many towns urging the Governor and legislators to stand up and block any further diversions of these funds.

We’re still waiting on the final outcome, but it was great to know that Clean Water Action and our canvass team led the way in making a huge public statement about the importance of these funds in people’s lives and in protecting the planet. We want to thank every Connecticut resident who took the time to sign our petition.

Everyday, our grassroots organizers are out there on the streets, knocking on doors, talking about the most critical issues, educating and advocating for policies that protect our planet. I’m proud of the work and the difference that our canvass and members make. To learn more, visit www.cleanwater.org/ct.