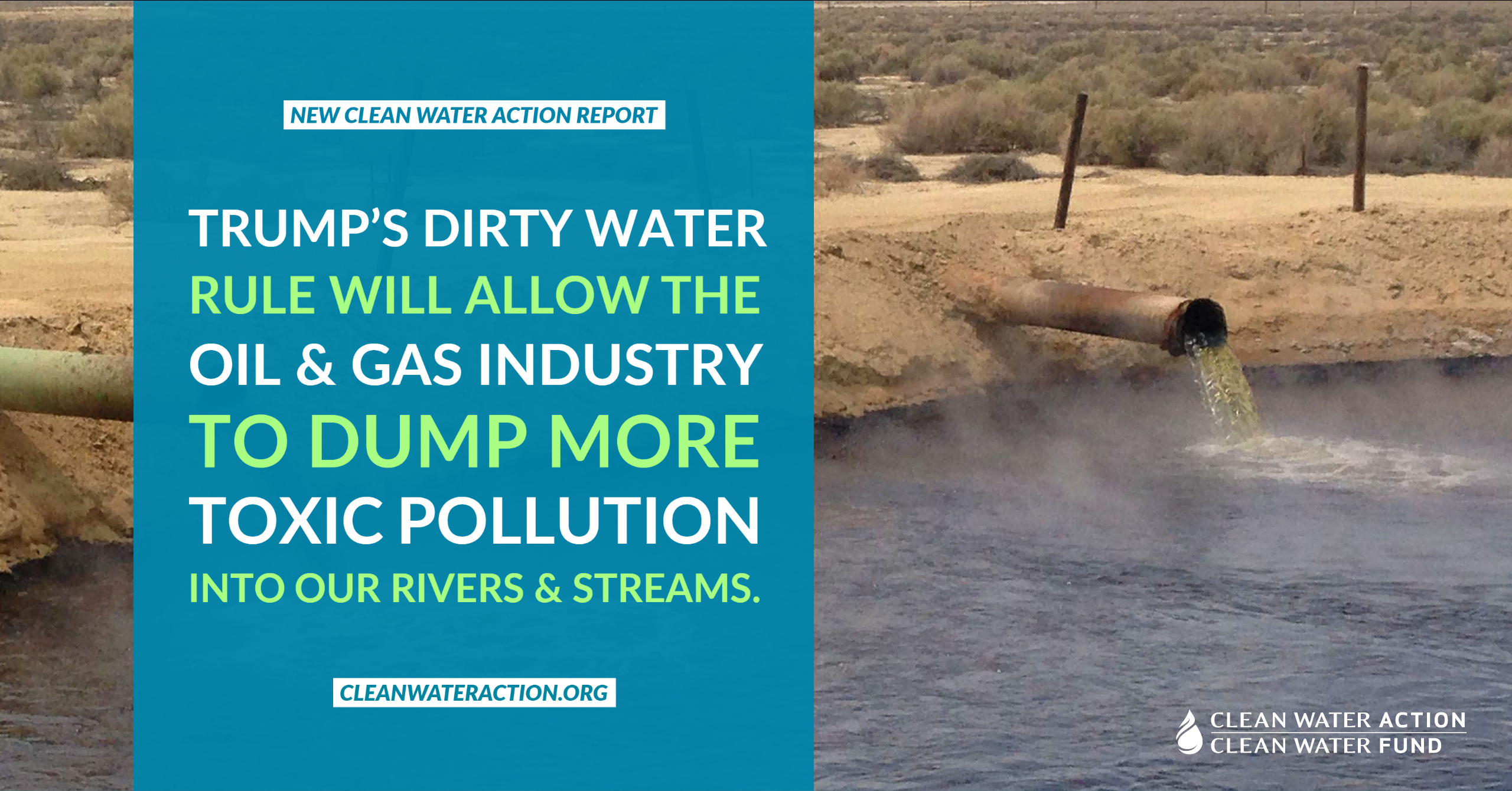 Trump’s Dirty Water Rule: Another Gift to Oil and Gas

The Trump administration finalized its signature Clean Water Act rollback, the Dirty Water Rule. This extreme interpretation of our bedrock water quality law rolls back the clock to a time when corporate polluters could dump toxic waste into rivers and streams and pave over wetlands without seeking a permit. The rule ignores science, law, and public opinion. The courts should strike it down when it is inevitably challenged.

While water quality and the public will be hurt by this reckless move, one group that stands to benefit  in a big way is the oil and gas industry. Its trade associations have been lobbying for this handout for years, and have been working to weaken other parts of the Clean Water Act to allow for more discharge of oil and gas wastewater (also known as produced water). Over the past several months, we have investigated the Clean Water Act programs that oversee produced discharge, and just published a new report with our findings.

What we found is alarming:

While the industry has been asking for more leeway under the Clean Water Act to get discharge permits, an even bigger prize is the wholesale dismantling of the Act itself - which is exactly what the Dirty Water Rule does. By limiting which bodies of water are even covered, the Dirty Water Rule opens the door to unchecked pollution that bypasses the federal permitting process that is the main way the Clean Water Act seeks to achieve its goal of eliminating the discharge of pollution into our nation’s waters.

In March 2019, when the Dirty Water Rule was proposed, we looked at which states would lose the most protection, and found that oil and gas states had the most to lose. The final rule will leave ephemeral streams (those which flow after a rain or snow storm) with no protection. And it only protects intermittent streams (the ones that flow seasonally)  if they flow in a “typical year,”- a problematic term in this era of climate change, drought, and flooding. A few of the states that will be hit the hardest are the ones where the most oil and gas is produced.

See p. 198 of EPA’s economic analysis of the rule for all the state by state numbers.

The final Dirty Water Rule delivers hundreds of thousands of stream miles in oil and gas states where producers can discharge their toxic waste without oversight.

We found that even under the current interpretation of the Clean Water Act, toxic wastewater is ending up in rivers and streams. With Trump’s Dirty Water Rule, we will see even more wastewater in our water bodies.