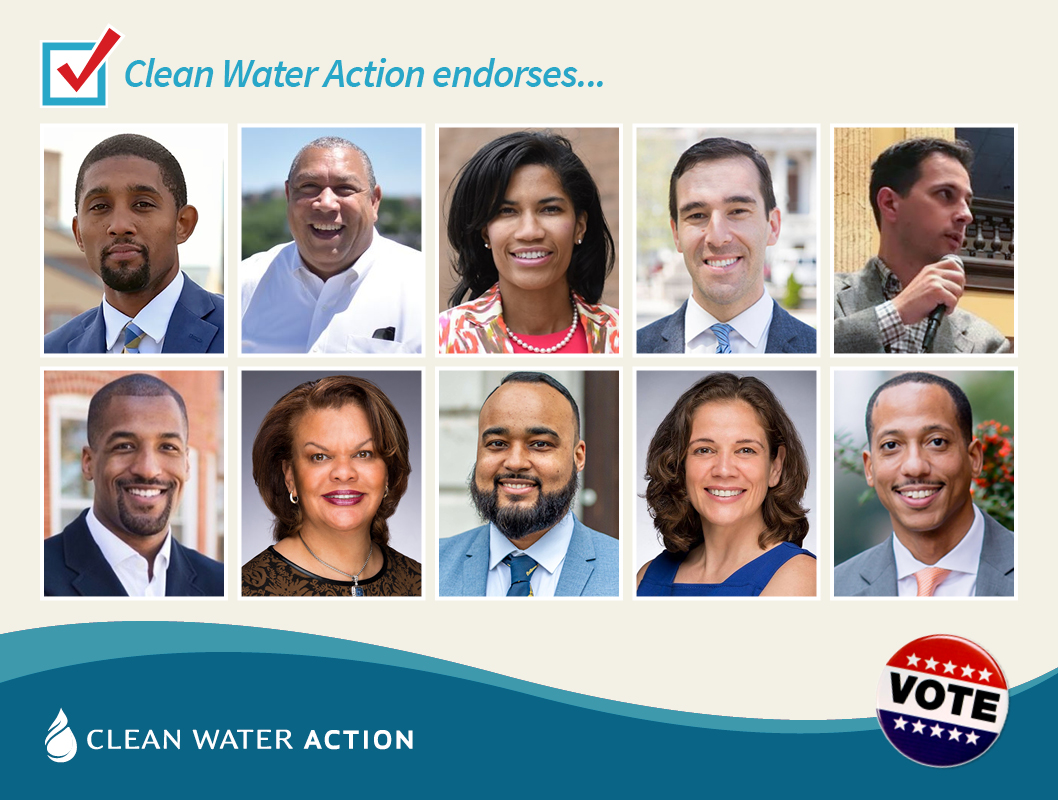 Have you received your absentee ballot in the mail?

If not, download your absentee ballot to print here.

This year, residents of Baltimore City will vote for their next Mayor, Comptroller, and City Council. The leaders chosen in this unprecedented, delayed, vote-by-mail election will face enormous challenges that will shape people's lives and the city's future for decades to come, from Clean Water Action priorities like better assistance for people dealing with sewage backups and better protection for our drinking water sources, to the public health response to the coronavirus crisis, already exacerbated by the poor air quality and environmental racism that many Baltimore City residents have faced for decades. The next administration must show progressive leadership that can build on the past four years' success and reform city government to make it more transparent and accessible to the public.

Clean Water Action spent this winter learning about, speaking with, and evaluating the candidates running for local offices in 2020. Through questionnaires, interviews, and research, we worked to identify the candidates best suited to create the change Baltimore City needs to become a healthier, more sustainable city. Our endorsed candidates demonstrated that they can move this agenda forward: either through a track record of success and support for environmental legislation in elected office, or through significant prior experience in environmental issues and city government that will be necessary to solve the complicated challenges the city faces. These candidates were selected by our endorsement committee, which represents different view points and walks of life of people living in Baltimore City.

Clean Water Action is proud to endorse these three candidates for city-wide office:

We are also proud to endorse these incumbents who have shown through their voting record that they will fight for environmental justice in Baltimore:

... as well as these candidates running for open seats, who have direct experience working on environmental issues that will allow them to hit the ground running with reforms to improve our air and water quality:

In ordinary times, our team of professional canvassers would be gearing up right now to knock doors throughout the city to talk to members about our endorsed candidates - but these are far from ordinary times. Especially with the heightened dangers that Baltimore City faces due to coronavirus and the compounding health impacts of decades of pollution and discrimination, it is critical that the next administration builds the leadership and change the city needs to improve life for its residents. Our office is working hard to adapt to our new reality, and from now until the rescheduled June 2 primary, we'll be working to get our endorsed candidates into office in 2020.

Can you lend a hand? Join us for a virtual phonebank party: