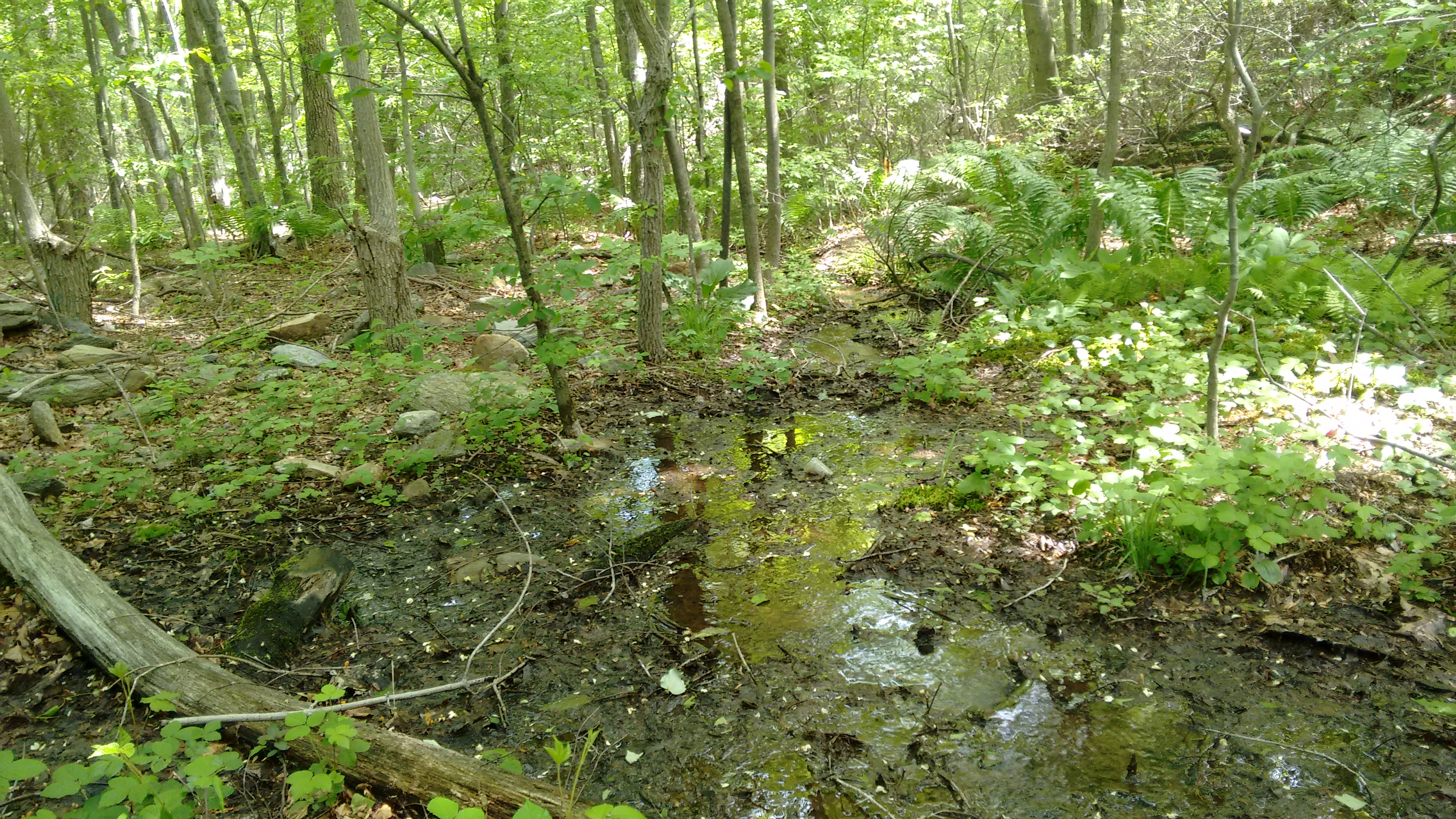 This summer, Frederick County proved itself to be an environmental leader. By passing the Climate Emergency Resolution and two critical bills to protect our forests from development, the county has demonstrated that it's taking its responsibility to fight against and prepare for climate change seriously, and has enacted the strongest forest conservation measures in Maryland. Kudos to all of the organizations and individuals who have been fighting for years to bring these changes into reality!

But the fight for clean water never stops, and this fall, we're back with the County Council to protect our streams from development. The county has regulations to protect buffers of vegetation around water bodies when land is developed, and a bill before the County Council right now would strengthen these requirements. Council Bill 20-14 (PDF) places increased protections on steep slopes leading to water bodies, where stormwater accelerating downhill can cause increased erosion, and gives the Linganore Sourcewater Protection Area an even higher level of protection. At the public hearing (read about it in the FNP here, and watch the recording here), Councilman Donald, who sponsored the bill alongside Councilman Hagen, emphasized three key facts:

However, the following week, the Planning Commission voted against recommending approval of the bill. That doesn't mean the Council can't ultimately pass the bill - but it does make it all the more critical that they hear from Frederick County residents concerned about water quality. If that's you, click here to email the Council and urge them to support Council Bill 20-14!

One of the most important parts of this legislation is a heightened standard of stream protection around Lake Linganore, a critical drinking water reservoir which provided 62% of the water Frederick City used in 2019, and is a backup water source for Frederick County as well. Lake Linganore is burdened by nitrogen, phosphorus, and sediment runoff from the surrounding land, has been filling up with sediment (an ongoing dredging project right now has a $15 million price tag), and sees algae blooms in the summers that make drinking water more complicated and expensive to treat. Locking in long-term protections for streams leading to Lake Linganore is critical for the long-term resiliency of Frederick's drinking water - and so is protecting it from development right now.

This week, the Council is considering an application for a large parcel of undeveloped land backing up on Lake Linganore itself (behind Oakdale Elementary School), to change its zoning from Agricultural to Planned Unit Development in order to accommodate a 600-unit age-restricted residential community.

The site, as well as bordering the lake directly, contains two intermittent streams through it as well as steep slopes leading to a stream that flows immediately into Lake Linganore. It is absolutely critical that, while considering whether to grant this rezoning request and what restrictions to put on it if they do, the Council is putting drinking water first. The Council held a hearing on this proposal Tuesday night (watch it here), but the testimony went on for so long that the hearing was paused and will resume tonight at 7. Here's how to join the live stream and submit your own comments on this rezoning application and how it will impact your drinking water.