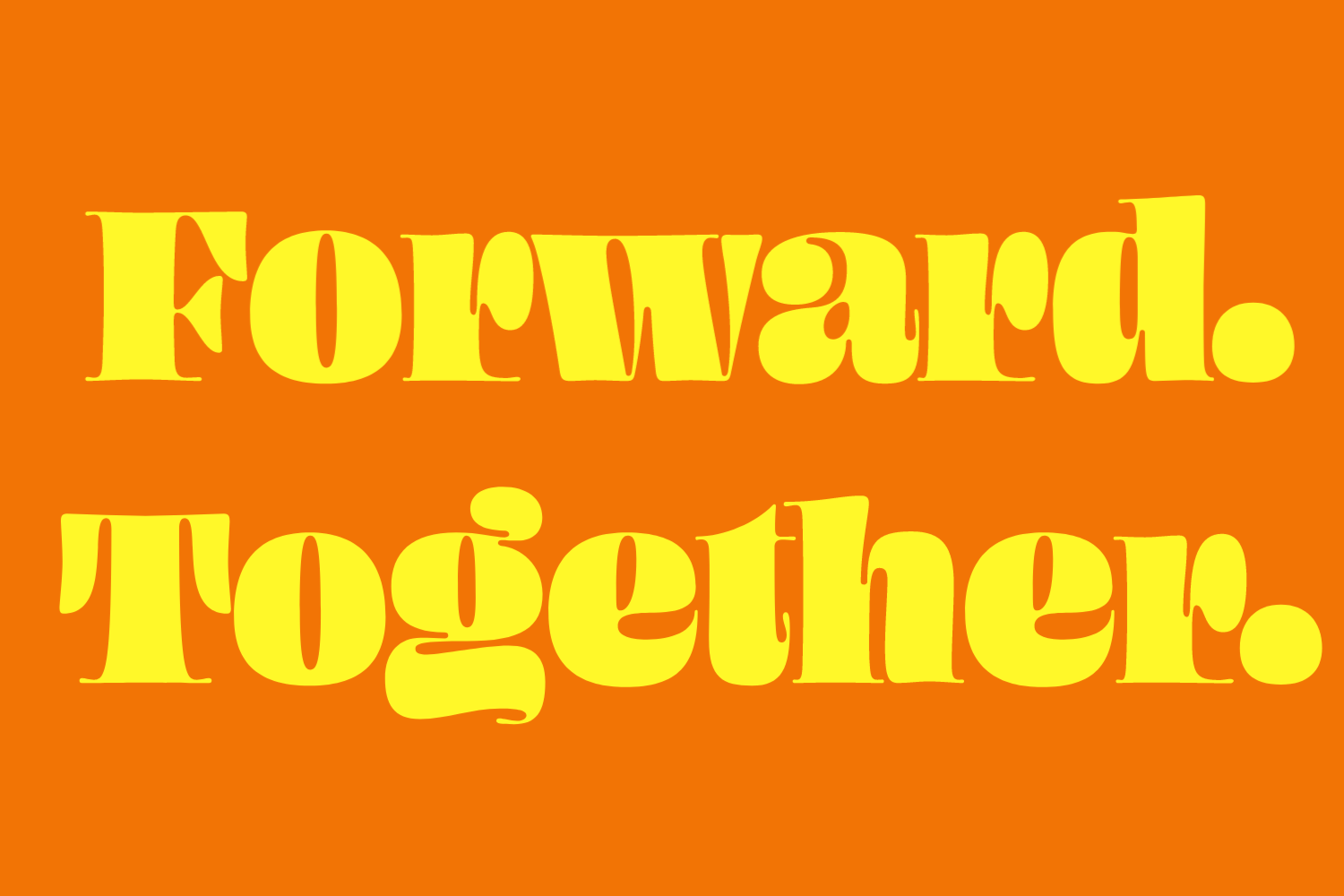 Marching Forward Together -- Thoughts on the Inauguration of Joe Biden

"We will not march back to what was, but move to what shall be a country that is bruised, but whole, benevolent, but bold, fierce, and free. We will not be turned around or interrupted by intimidation because we know our inaction and inertia will be the inheritance of the next generation."  -- Amanda Gorman, Youth Poet Laureate, January 20, 2021

Four years ago I was in a hotel room in Baltimore trying to work after rage tweeting on Clean Water’s Twitter account during Inauguration. I mashed my keyboard in an attempt to understand, but mainly repudiate, what I had just seen -- an angry man in front of a half-empty crowd giving a dark speech, railing about American carnage. I needed to get it out of my system. We were getting ready to attend the Peace Ball at the National Museum of African American History and Culture -- a night of coming together in commiseration just a few hours before millions would take to the streets across the world for the Women’s March.

After that it was four years of clenched jaws and clenched fists. Like the President was trying to will the carnage he spoke of into being.

Today couldn’t be any more different than January 20th, 2017. I’m in my apartment in Seattle, I haven’t traveled in a while. There’s no ball tonight but maybe there’ll be some champagne. There’s no march tomorrow -- the pandemic has made sure of that. And there’s a different feeling -- hope.

To be clear, I’m still angry. More than 400,000 people are dead in this country because the previous Administration never bothered to truly try to control the pandemic. We have wasted four years while the world burned and the climate crisis accelerated. The fossil fuel lobbyists, lawyers, and allies who were installed throughout the government during the last Administration tried to smash laws like the Clean Water Act and Clean Air Act into a million little pieces -- and nearly succeeded. We have a lot of work to do and it won’t be easy.

But anger alone is not sustainable (for me) so I’m going to lean into hope.

That doesn’t mean it will be easy. There will be roadblocks. There will be debates. There will be people who will try to water down these promises. We’re going to have to hold the Administration to account, to make sure that doesn’t happen. And we will need to demand the Senate and the House join us -- and quickly.

Over the next two years we’re going to fight about whether the programs that grow out of these pledges go far enough, whether they meet the need. Not all of them will and the Biden administration won’t achieve all of them. Some programs will be transformed or absorbed into something else. Some will be dropped. Our job is to make sure, as much as possible, we stay focused on the ultimate goals -- combating climate change, protecting clean water, ending  white supremacy and the systematic oppression faced by Black, Indigenous, and other people of color throughout this country, and moving forward toward a brighter future. These campaigns will take longer than two years, but we have to set ourselves on the correct path now.

The good news is that we’re already moving forward. The White House today released a long list of actions from the previous Administration to review. The list includes the Dirty Water Rule. It includes the rollback that allows coal plants to dump a lot of toxic waste into our rivers and lakes. It includes undoing changes to the National Environmental Policy Act which will make it harder for people to protect their communities from dangerous projects like highways, incinerators, and other polluting facilities. There is a lot more on that list and it’s really just a start.

The President said today, “Now we're going to be tested. Are we going to step up? All of us? It’s time for boldness, for there is so much to do. And this is certain, I promise you, we will be judged, you and I, by how we resolve these cascading crises of our era.”

It feels odd to be looking forward. So many of us have spent the last four years in a crouch, defending attack after attack. For decades before that movements led by Black women and other organizers of color were met with violence while we allowed white nationalist groups to organize and build power. We saw what that led to on January 6th.

The inauguration of Joe Biden and Kamala Harris doesn’t put any of that to rest. We can’t snap our fingers to dismantle systemic racism. We don’t have a magic wand to put the Clean Water Act back together or reverse the climate crisis. We have to do the work, keep putting in the hours. Because the headwinds aren’t gone, they’re just not as strong right now. We have to take advantage of this moment. I think we will.

The President also said, “There's no accounting for what fate will deal you. Some days, you need a hand. There are other days when we're called to lend a hand. That's how it has to be. That's what we do for one another.”

That’s what I’m taking with me as we move forward -- we’re in this together.