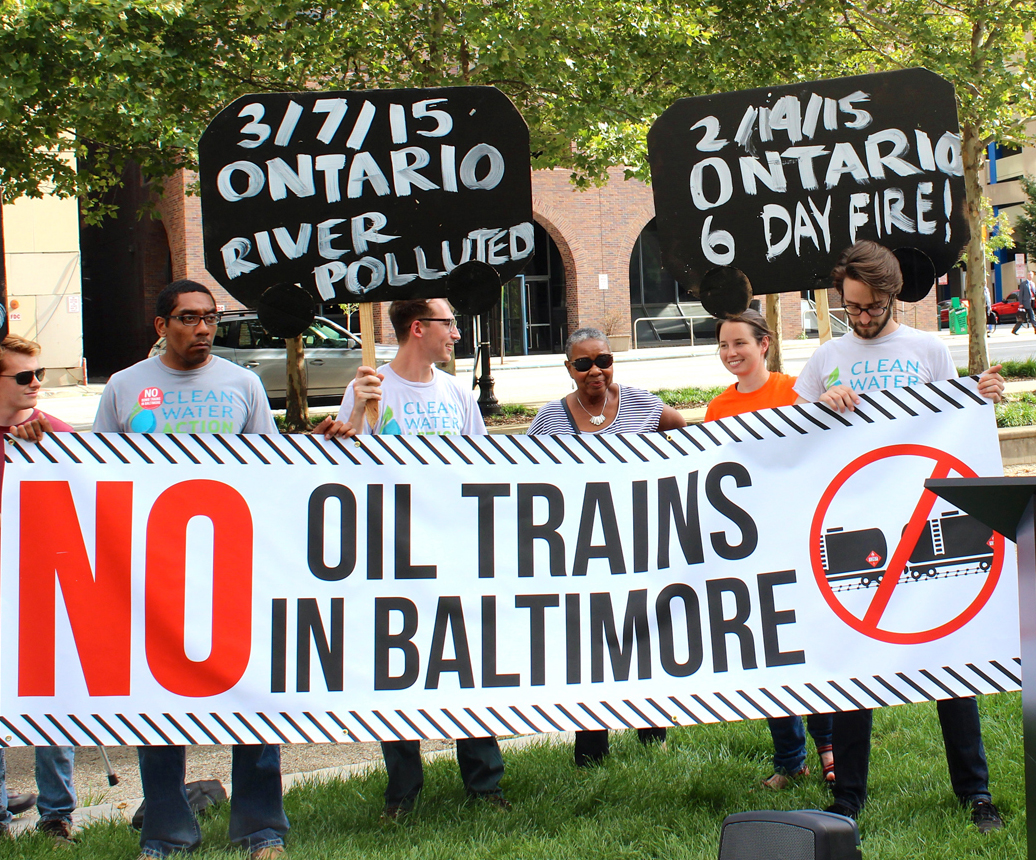 Dear Chairwoman Kelley and Members of the Committee,

Clean Water Action thanks Delegate Stein for continuing to champion two man crew legislation and supports its passage. We have a keen interest in making sure that trains in Maryland have adequate crew available to not only respond to disasters, but also to prevent them.

April marks the three year anniversary of Baltimore City’s Crude Oil Terminal Prohibition, banning the construction of new and the expansion of existing crude oil terminals in Baltimore. It marked the culmination of a multiyear campaign that we entered into at the request of communities in South Baltimore who were concerned about the increasing shipments of highly

volatile crude oil. The land use ordinance, the first in an East Coast city, prevents the expansion of crude oil terminals, but concerns remain about the safety of existing shipments through the City, and throughout the State.

We’ve seen the consequences of one-person crews in the transport of crude oil. On July 6, 2013, a freight train carrying 72 tank cars of crude oil derailed in the small town of Lac-Megantic, Quebec. Many of the town’s residents were gathered at a local bar for a birthday party when the runaway train barreled into downtown. When the train derailed at a sharp curve in the tracks, its highly flammable cargo exploded and wrought devastation, killing 47 people, orphaning 27 children, destroying 44 buildings, and leaving 160 people homeless.

The rail company that operated the ill-fated train, Montreal Maine and Atlantic Railway Ltd. (MMA) made the switch to one-person crews shortly before the deadly derailment in Lac-Megantic. Shortly after the disaster, Transport Canada banned one-person crews.

Three railroad workers who were on trial for the derailment were all acquitted on January 19th of this year. After a months-long trial in which the defense outlined the inattention to safety at MMA, emphasizing the one-person crew policy, the jury concluded that the individual workers were not at fault for this incident. Thankfully, those workers were not scapegoated for their employer’s dangerous policies.

While Canada has learned from this tragedy, in the U.S. we continue to be endangered by freight trains operated by one-person crews. Operating a freight train is a challenging and dangerous job, and no one should be expected to do it alone.

Train derailments are not uncommon in Maryland, and many of our rail lines parallel rivers or run through communities. At grade crossings are a particular concern. In Baltimore, 26th Street collapsed onto the freight line in 2014 and 2018, a freight train exploded in Rosedale in 2013, and derailments occurred in the Howard Street Tunnel in 2001 and 2016. More recently, in March 2019, a freight train derailed over the 1900 block of Falls Road, along the Jones Falls. In 2017, a freight train heading to the Port of Baltimore derailed in Ijamsville, in Frederick County.

Two crew members are not a panacea to prevent all derailments and accidents, but it gives an emergency backstop to prevent something from going awry, or to better handle a problem. Our trains carry many hazardous materials along our waterways and through our rural, suburban, and urban neighborhoods.

HB 492 will help create safer working conditions for rail workers, improve the safety of communities living near rail lines, and protect the environment by limiting the likelihood of a derailment and subsequent explosion or spill. We urge a favorable report.