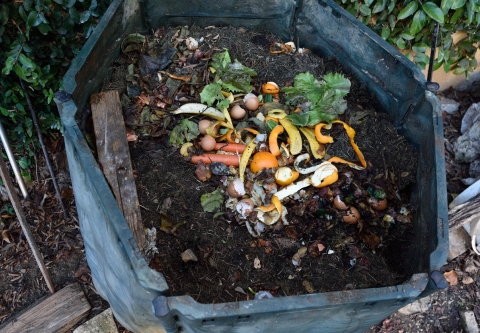 On Thursday, April 7, the Frederick City Mayor and Board of Aldermen are considering a pilot program for curbside compost! Under this contract, Key City Compost - which is in process of expanding its compost site just north of Frederick City - would partner with the city to pick up and compost food scraps from 800+ homes in two areas of the city, in the the Golden Mile corridor and downtown. Read more here, and check out our testimony below!

Dear Mayor and Board of Aldermen,

Clean Water Action would like to express our enthusiastic support for the award of RFP 22-D to Key City Compost for a compost pilot program in NACs 5 and 11. Composting has a wide array of environmental and economic benefits, and this program will be a great step forward for city residents to divert their food waste, fight climate change, and support local economic and agricultural development.

Two years ago, the City of Frederick adopted Climate Emergency Resolution 20-07, committing the City to reducing greenhouse gas emissions from 2010 levels by 50% by 2030 and 100% by 2050 and employing all efforts to safely sequester carbon. Diverting food waste from landfills and incinerators is a critical piece of reducing emissions, and compost is an important means of sequestering compost in the soil. According to the EPA, food waste is the second-largest category of municipal waste, accounting for over one-fifth of total municipal solid waste generation. When this organic waste decomposes in landfills away from the presence of oxygen (which is present in a healthy compost pile), it creates methane, a greenhouse gas that is 86 times more powerful at driving climate change than CO2 in its first 20 years after emission. Landfills account for 17% of Maryland’s methane emissions, so diverting as much food waste as possible to composting is a powerful method of climate action. One of the highest uses of food waste is compost, because composting actually sequesters carbon in the soil. Additionally, applying compost to land benefits stormwater management, improving flooding prevention and storm resiliency efforts by absorbing stormwater runoff and filtering pollutants – an especially important solution in Frederick City.

Composting is also a valuable way to create new jobs in the waste management sector. According to analysis by the Institute for Local Self-Reliance, composting creates many more jobs than the alternatives: processing 10,000 tons per year of materials via composting creates 4.1 FTE jobs, via landfilling creates 2.1 FTE jobs, and via incinerating creates 1.2 FTE jobs. From climate action to stormwater resiliency to economic development, this pilot program will have great positive impacts on Frederick City.

Curbside collection programs like the pilot proposed in RFP 22-D have shown themselves to be successful in communities across Maryland. In fall 2021, Montgomery County began a residential curbside food scraps recycling and composting pilot program in two neighborhoods, within Silver Spring and Potomac. This February, Howard County announced that its successful “Feed the Green Bin” food scrap curbside collection program would expand to cover 53% of households in the county. Prince George’s County began with a similar pilot program, then has expanded it several times; the program now covers all residents who receive County-contracted trash and recycling services. Following these successful examples in neighboring counties, this pilot program in Frederick City will be a valuable opportunity to evaluate the impact such programs could have locally. Clean Water Action is eager to see this program be a success and urges you to make an investment in climate-friendly waste management through this pilot program.