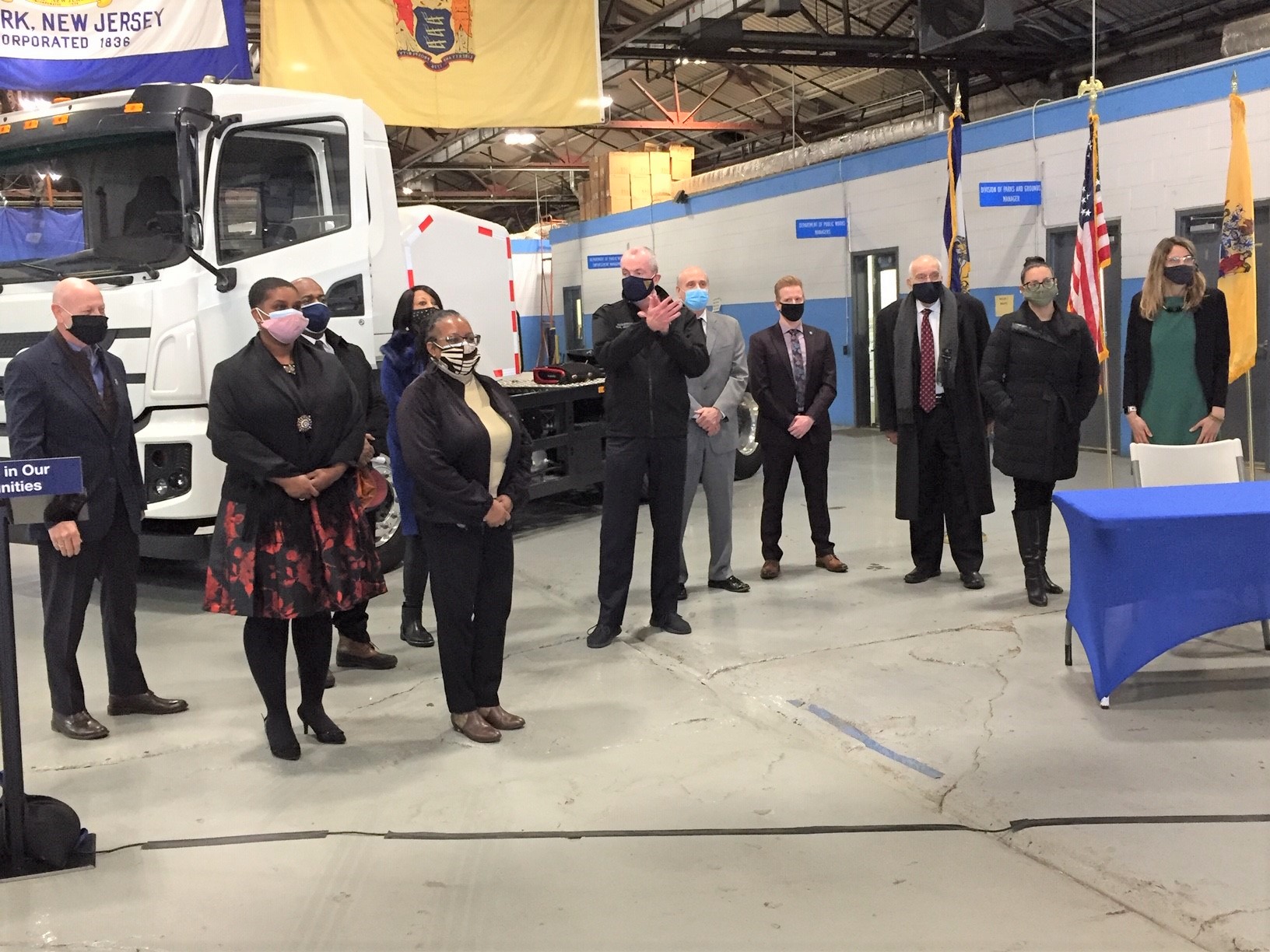 “As a resident of Newark and mother of three asthmatic children, we are on the front lines of overlapping health, economic, racial injustice, democratic and climate crises, so I’m glad to see Governor Murphy focusing funding and attention on environmental justice, green jobs, and climate action today,” said Gaddy. "The electrification of the state's transportation sector can't happen fast enough. Gradual, incremental steps just won't do. The price we pay every day - increased asthma attacks, cancers, heart attacks and death - is unacceptable."

Governor Murphy's environmental actions include the release of $100 million toward electrification of buses and port areas, and the creation of a climate office and a green economy council. The governor also signed executive orders creating an Office of Climate Action and Green Economy which will oversee creation of the Green Economy Council charged with crafting a strategy to drive the green economy with economic justice, and provide support for workers displaced by the transition.

Leveraging proceeds from New Jersey’s participation in the Regional Greenhouse Gas Initiative (RGGI) and the Volkswagen Mitigation Trust Funds, this funding will bring electrification programs, equitable mobility projects, and electric charging infrastructure to environmental justice communities across the state. The funding represents a significant investment on the Garden State’s road to reach 100% clean energy by 2050.

Here’s how the $100 million breaks down (numbers are rounded):

The City of Newark, which suffers disproportionate effects of emissions and pollution, will get $1 million toward electric garbage trucks, as well as $7 million for medium- and heavy-duty cargo handling equipment.

About 22,000 truck trips to and from the ports of New York and New Jersey travel through Newark each day, leaving behind fossil fuel air pollution and doing harm to the city's residents each day.

Clean Water Action supports Governor Murphy's efforts to prioritize climate change, environmental justice and the creation of green jobs. We must ensure that clean, renewable energy powers electrification and not fossil fuels. We must also ensure local residents are prioritized for these jobs, and communities most impacted by the pollution see the reductions first.