Line 5: A Timeline of a Ticking Bomb

Lakehead Pipeline Company, Enbridge’s predecessor, was granted an easement by the Conservation Commission of the State of Michigan to construct and operate an oil and gas pipeline on the bottomlands of the Straits of Mackinac. This easement was void from its inception due to the state never making a finding that the easement could be made without harming public trust resources.

The first evidence of non-compliance by Enbridge with their easement to operate Line 5 is from 1963. Enbridge agreed to anchor the pipeline to the lakebed with grout bags at least every 75 feet. In 1963, there were 17 spans larger than 75 feet detected and Enbridge took no action to fix this problem, even though it put the Great Lakes at greater risk and violated their agreement with Michigan. Since 1963, Enbridge has never been in compliance with the easement. 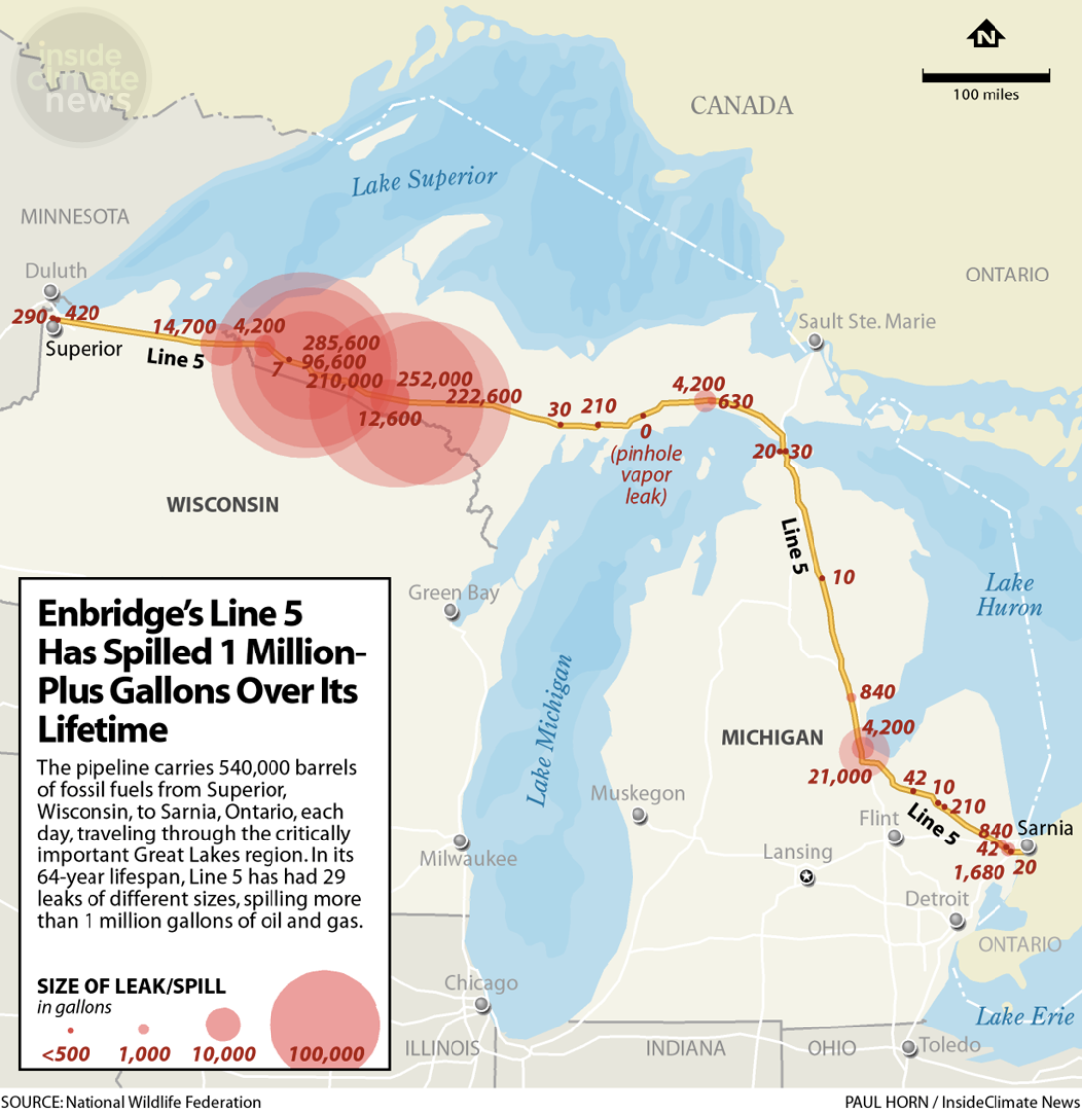 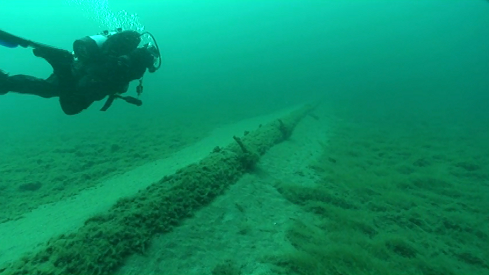 45 new unsupported spans were identified in the Straits, with the longest being 421 feet. No action was taken to support the pipeline. 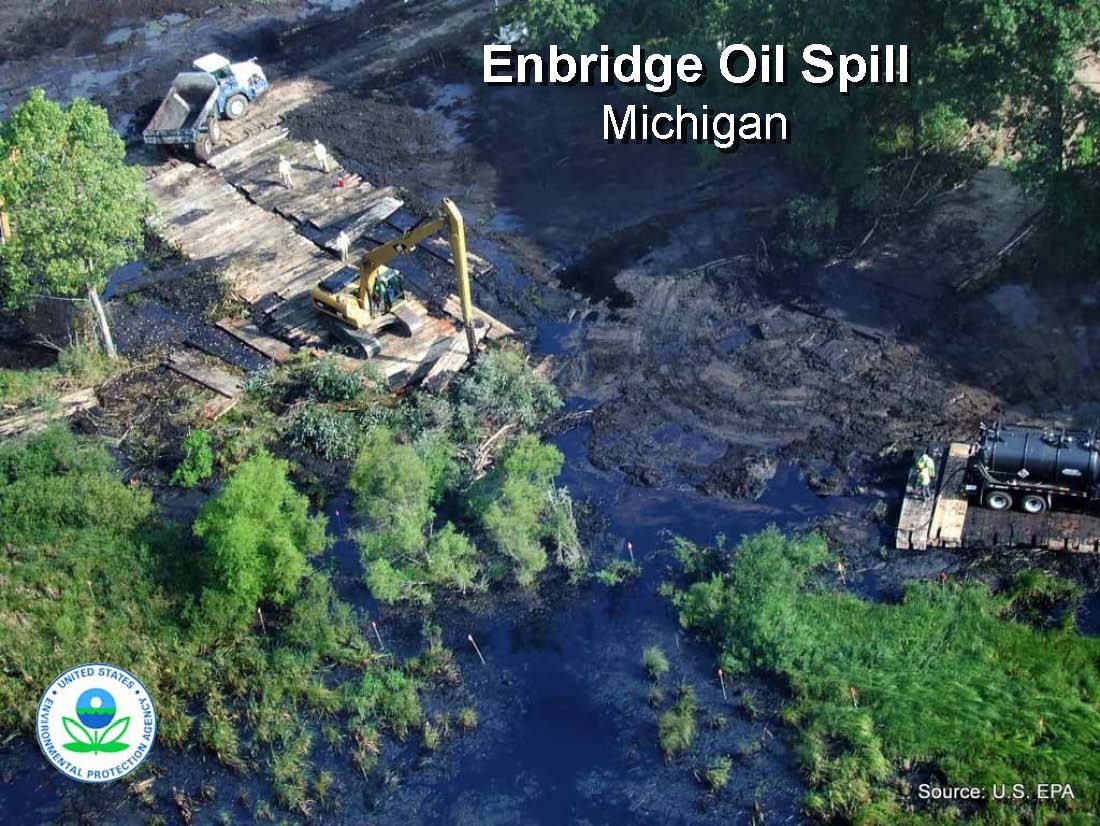 Enbridge Line 6B spilled over 1 million gallons of heavy crude into Talmadge Creek, which polluted the Kalamazoo River in one of the largest inland oil spills in US history. Weeks before, Enbridge had assured federal regulators that Line 6B was in excellent condition.

University of Michigan experts identify the Straits of Mackinac as the worst place in the Great Lakes for an oil spill. 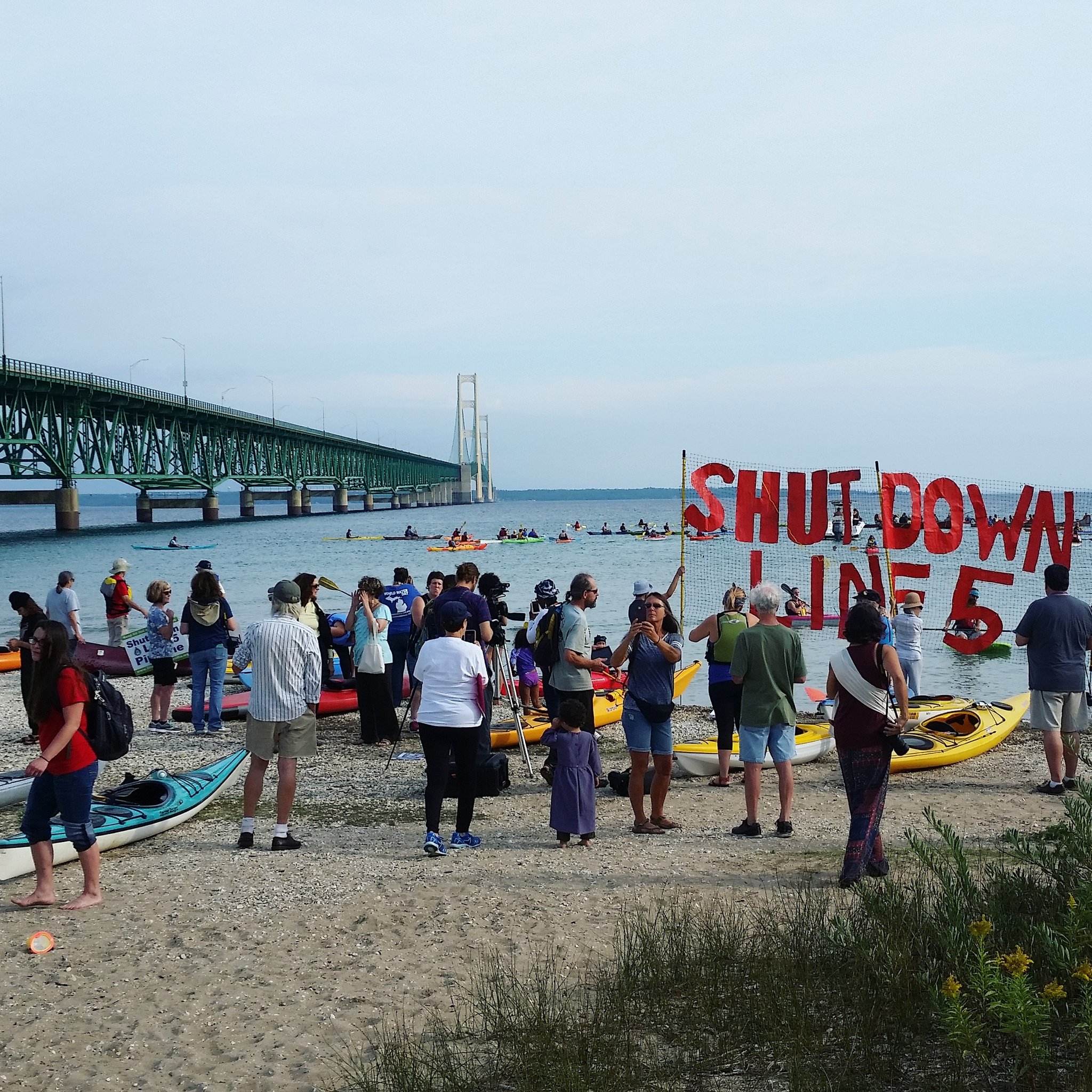 Governor Rick Snyder established the Michigan Pipeline Safety Advisory Board (PSAB). An overwhelming majority of PSAB board members were oil industry insiders, including Enbridge officials. After three years of meetings and releasing several dubious Enbridge-funded reports, this board paved the way for Enbridge’s Line 5 tunnel scheme.

A vessel anchor strikes Line 5 in the Straits of Mackinac, caused three large gouges in the pipeline. Enbridge control systems didn’t detect the anchor strike, and despite not having video evidence of the pipeline’s condition for over two weeks, Enbridge never shut the pipeline down. 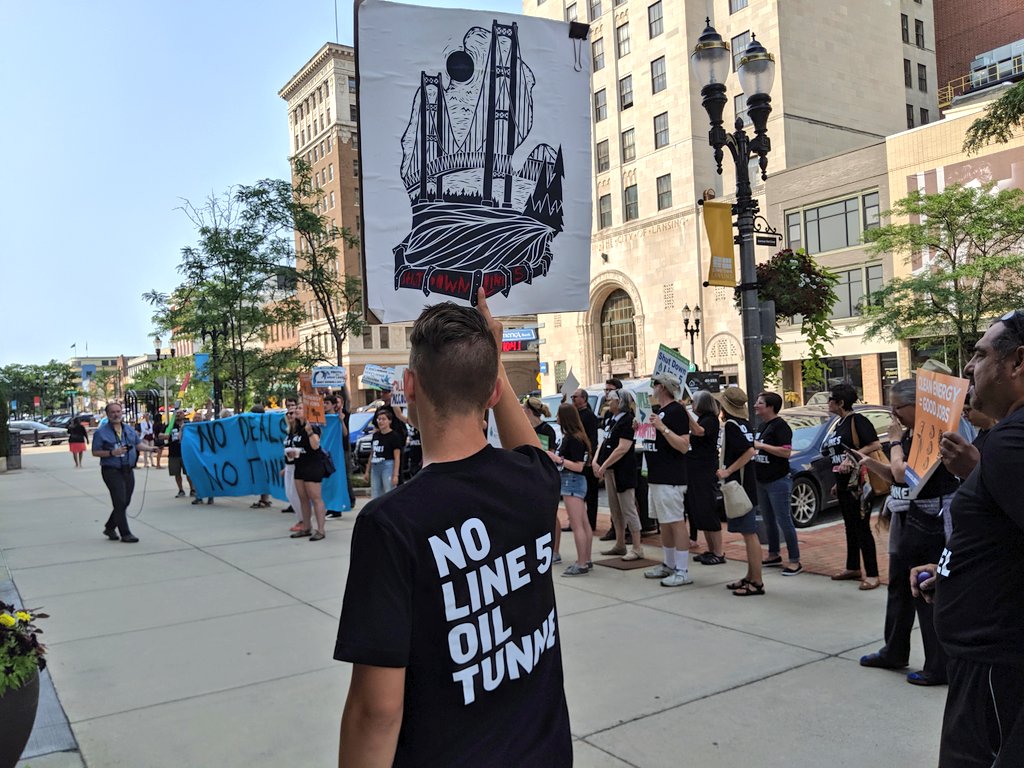 A bill was introduced in the lame duck session of the Michigan Legislature in an attempt to protect the tunnel scheme before Governor Gretchen Whitmer and Attorney General Dana Nessel were sworn into office.

A lame duck legislature passed SB 1197 to create the Mackinac Straits Corridor Authority and pave the way for the oil tunnel. The newly assembled three member board signed three new agreements with Enbridge by December 31st, one of them being a 99 year lease for Enbridge to operate Line 5 within a tunnel through the Straits of Mackinac.

Attorney General Dana Nessel filed People of Michigan v Enbridge in Ingham County Circuit Court arguing that the easement for Line 5 should be considered void due to its lack of compliance with the public trust doctrine. 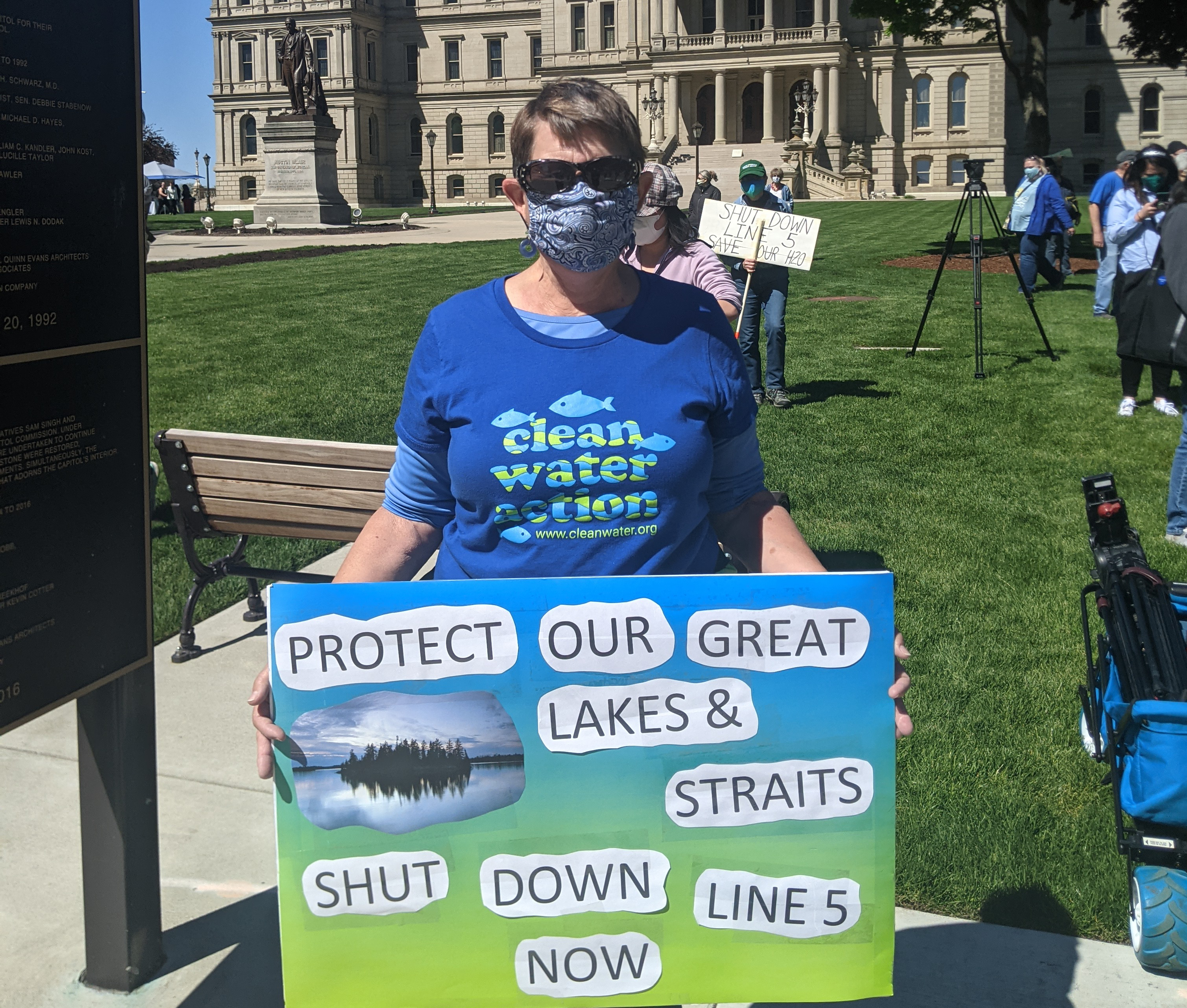 A judge ordered a temporary shutdown of Line 5 after another anchor struck Line 5, damaging structural supports. This damage was likely caused by an Enbridge contractor.

Governor Whitmer and DNR Director Dan Eichinger revoked and terminated the 1953 easement. They gave Enbridge 180 days to shut down the pipeline. AG Nessel filed suit in state court to enforce the easement revocation. Enbridge countersued and sought to remove the state case to federal court.

Enbridge increased their disinformation campaign in Michigan. Throughout 2021, Enbridge would spend over $8 million on TV and digital ads spreading disinformation about their operations and the likely consequences of decommissioning Line 5. 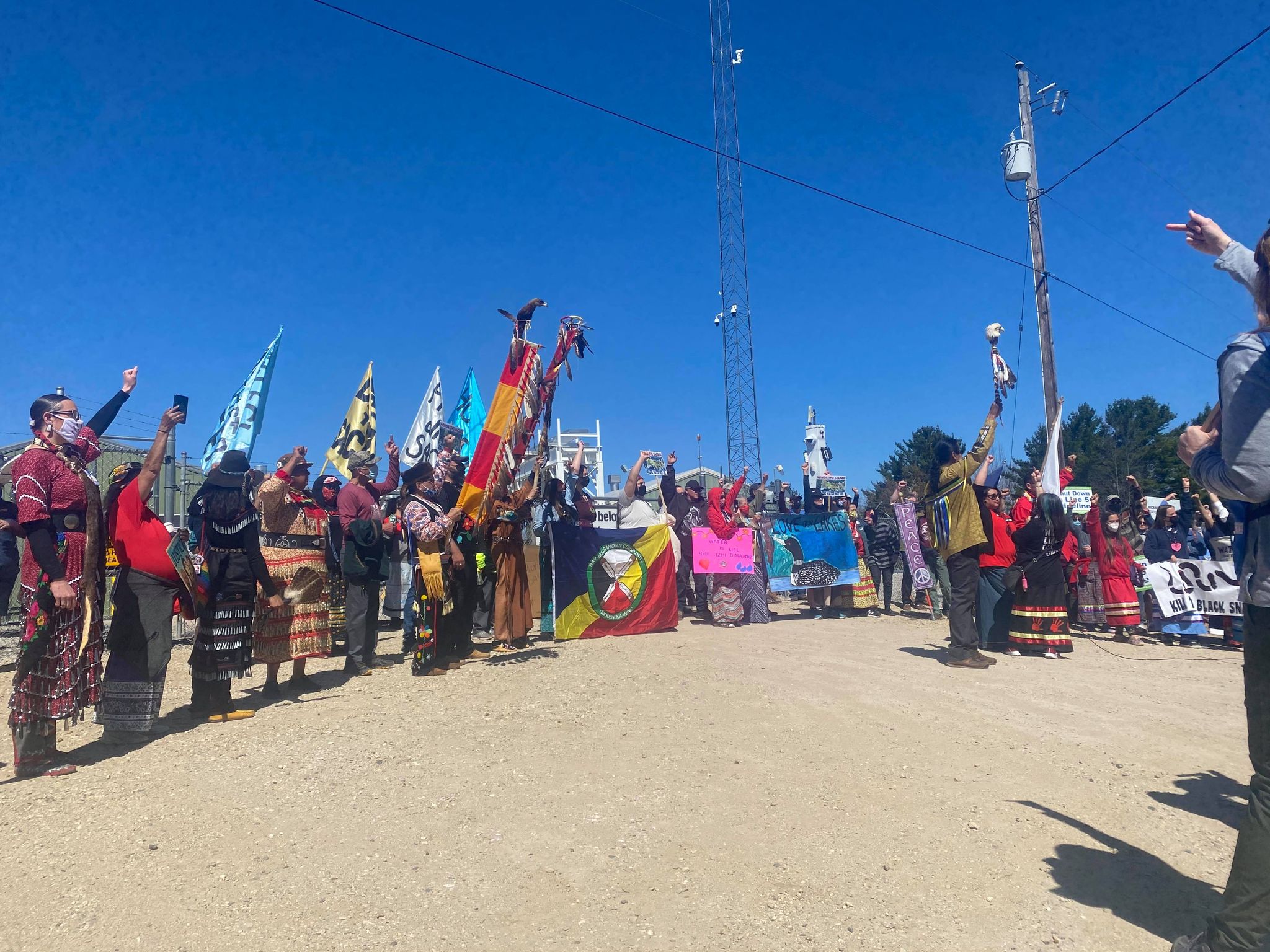 Enbridge announced that they will ignore the easement revocation and operate Line 5 illegally until forced to shut down by court order.

The Bay Mills Indian Community formally banished Enbridge from their reservation land as well as all ceded territory. Banishment is permanent. This is the first time that a corporation has been banished by Tribal authorities. Several other Tribes followed suit. 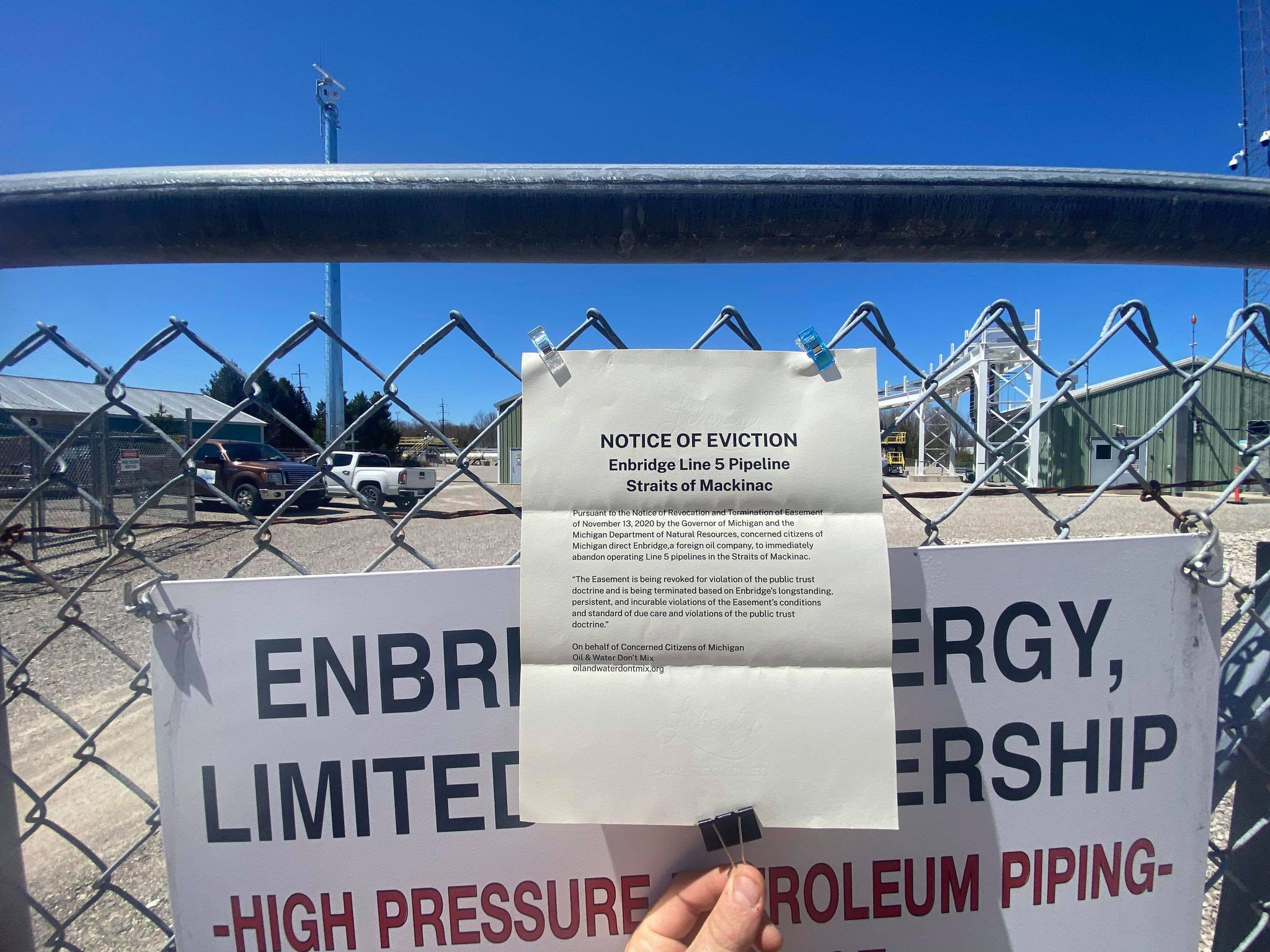 Thousands of Michigan residents rallied in Mackinaw City, Lansing, and Detroit calling for Enbridge to cease the illegal operation of Line 5.

The Canadian federal government invoked a never before used treaty with the US government. Canada is taking a very broad reading of the 1977 Transit Pipeline Treaty. If the US agrees to Canada’s interpretation, no state or even the federal government would be able to shut down any infrastructure that transports hydrocarbons between the US and Canada without the Canadian government’s approval - even in cases where there is an increased risk of profound environmental damage. This is a major threat to the sovereignty of individual states as well as the United States as a whole. 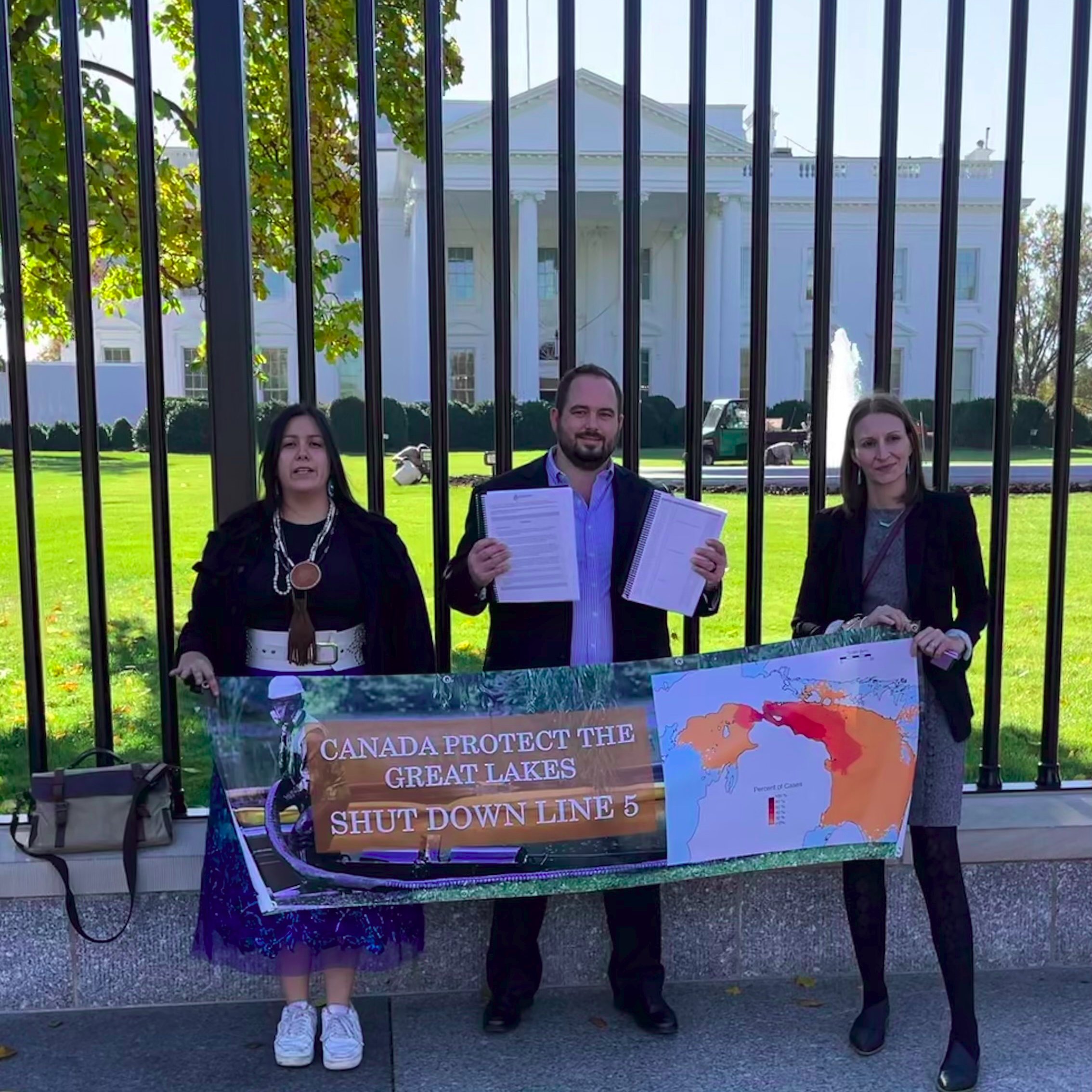 Activists increase pressure on the Biden administration to support Governor Whitmer and Michigan’s sovereignty by revoking the Presidential Permit for Line 5.

It's time for President Biden to support Gov. Whitmer's Line 5 shutdown order. An oil spill from the Line 5 oil pipeline in the Great Lakes threatens the drinking water of 40 million people. An oil tunnel in 10 years, if it even ever gets built, is not a solution to this urgent threat. He must act now to protect the Great Lakes from Enbridge's damaged, dangerous, and old pipelines. Our future is freshwater, not fossil fuels.

The US Army Corps of Engineers has opened a public comment period on what the scope of their review ought to be for Enbridge’s proposed Line 5 tunnel. It is absolutely essential that Army Corps thoroughly review this project, and after completing a full Environmental Impact Statement, reject Enbridge’s permit requests. Join us and the Oil and Water Don't Mix Coalition in sending a comment to the Army Corps of Engineers today!