Help us elect the following candidates on November 8th!

These candidates earned our endorsement and deserve your vote because they recognize that our future depends on prioritizing our planet and health over corporate profits. Plus they’re ready to act now!

Thanks for being a #CleanWaterVoter. 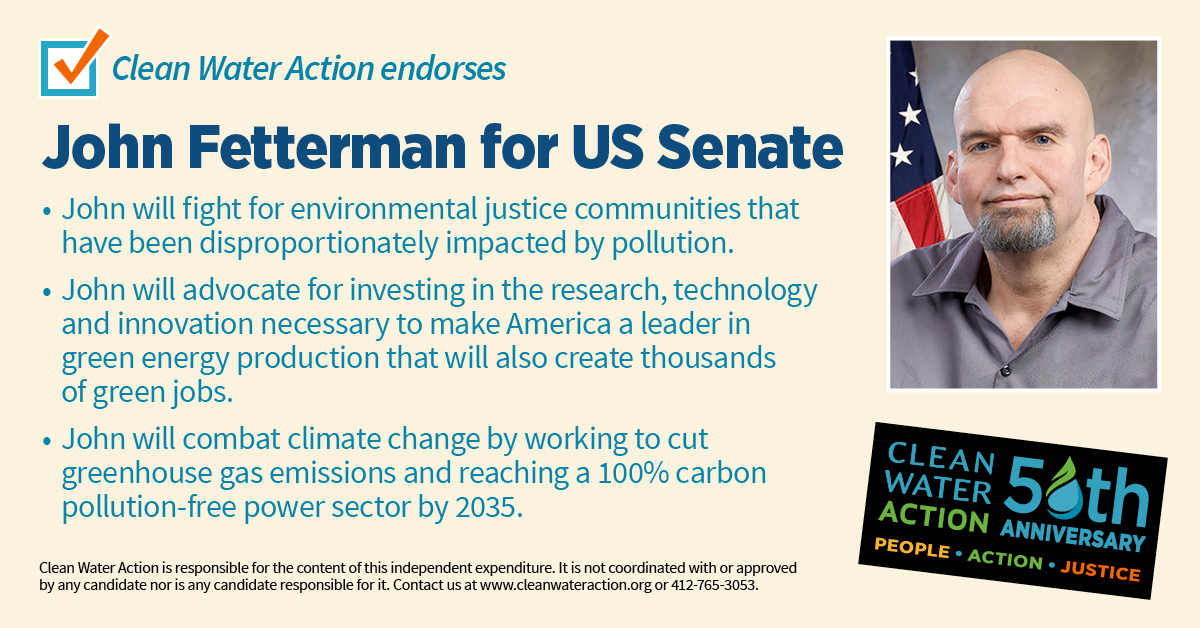 John is currently Lieutenant Governor of Pennsylvania and the former Mayor of Braddock. If elected to the US Senate, he will be a voice for environmental justice communities that have been disproportionately impacted by pollution and for strengthening Clean Water Act limits on coal plant water pollution and work to protect all of the nation’s water, including vital drinking water sources. 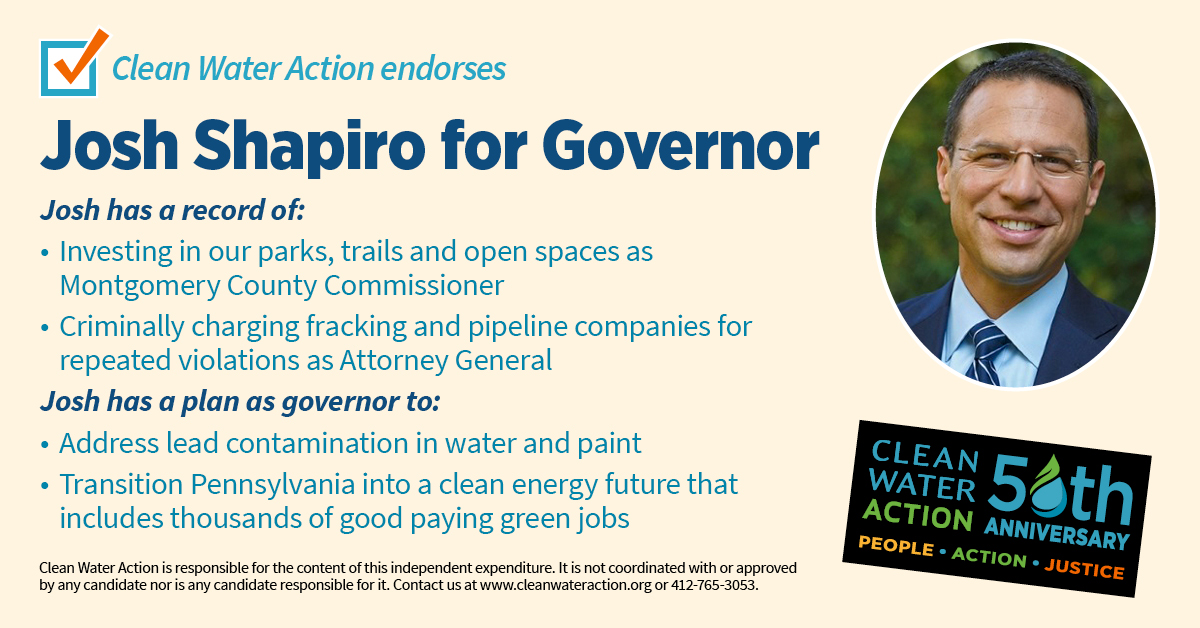 Josh is the current Pennsylvania Attorney General and a former state legislator and Montgomery County Commissioner. If elected governor, Josh’s top priority will be to take real action on climate change by transitioning Pennsylvania into a clean energy future that includes reaching net-zero emissions by 2050 and creates thousands of good paying green jobs. Josh will also prioritize tackling our ongoing lead crisis by channeling more funding into lead service line replacements and testing for schools and public housing. 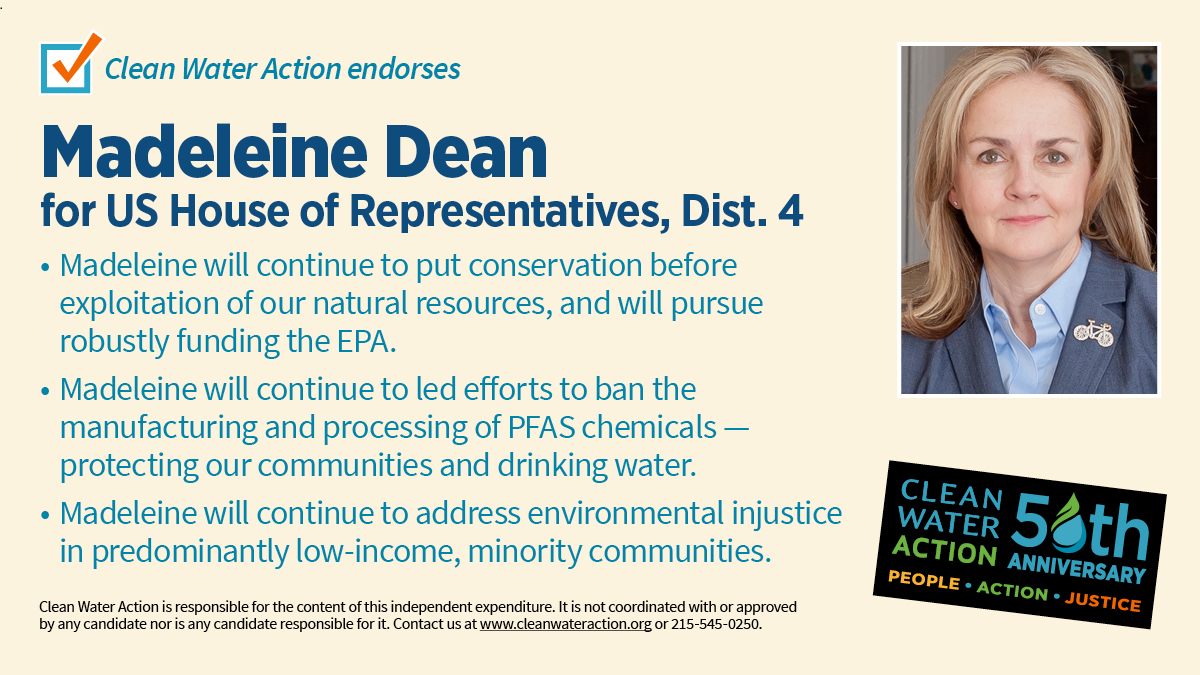 Madeline is a two term Congresswoman whose public experience also includes time as an Abington Township Commissioner and a member of the Pennsylvania State House. She takes her responsibility as a lawmaker to protect & preserve our planet for future generations seriously as evident by her 100% environmental voting record on our Congressional Scorecards. 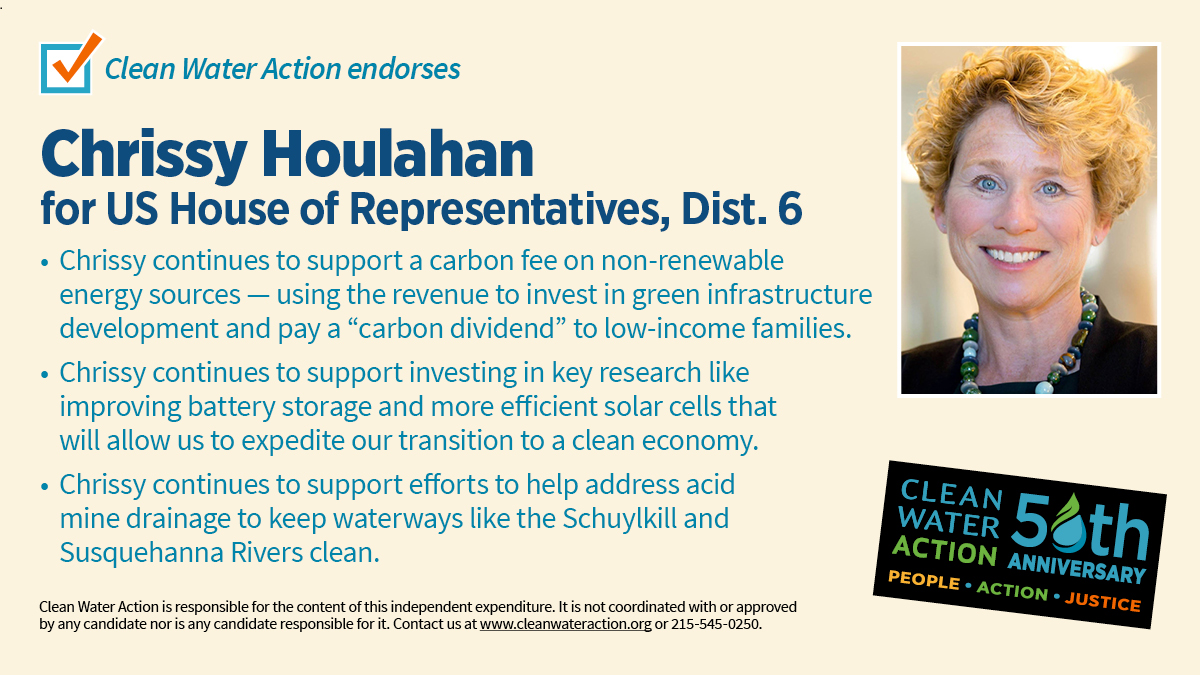 Chrissy is in her second term in Congress. Her 100% environmental voting record on our Congressional Scorecards demonstrates that she understand the need to continue taking decisive & urgent action to stop the climate crisis & better protect our environment. 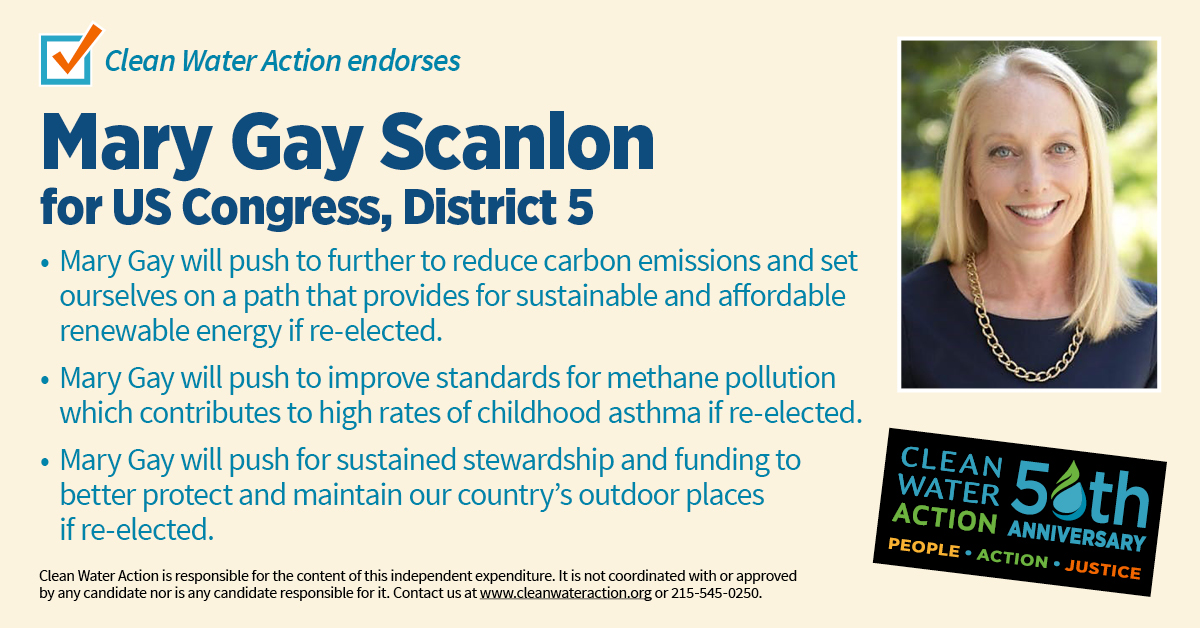 Mary Gay Scanlon is a life-long advocate for children and families- originally utilizing her legal experience and expertise to help them and now in her second full term in Congress where she is dedicated to building a sustainable future for all through taking climate action as well as protecting the air we breathe and the water we drink. 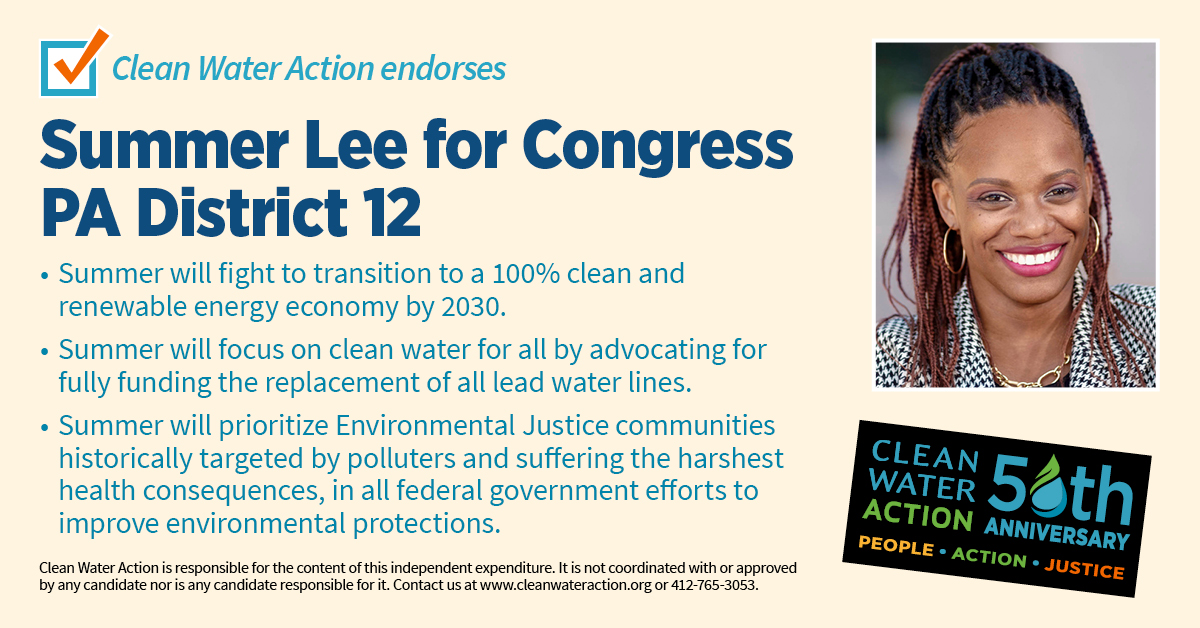 Summer is a member of the state legislature and a dedicated organizer, activist, and advocate for social justice. She has fought tirelessly to lift up movements and bring real change to her community and it’s a track record she’ll carry to Washington D.C. 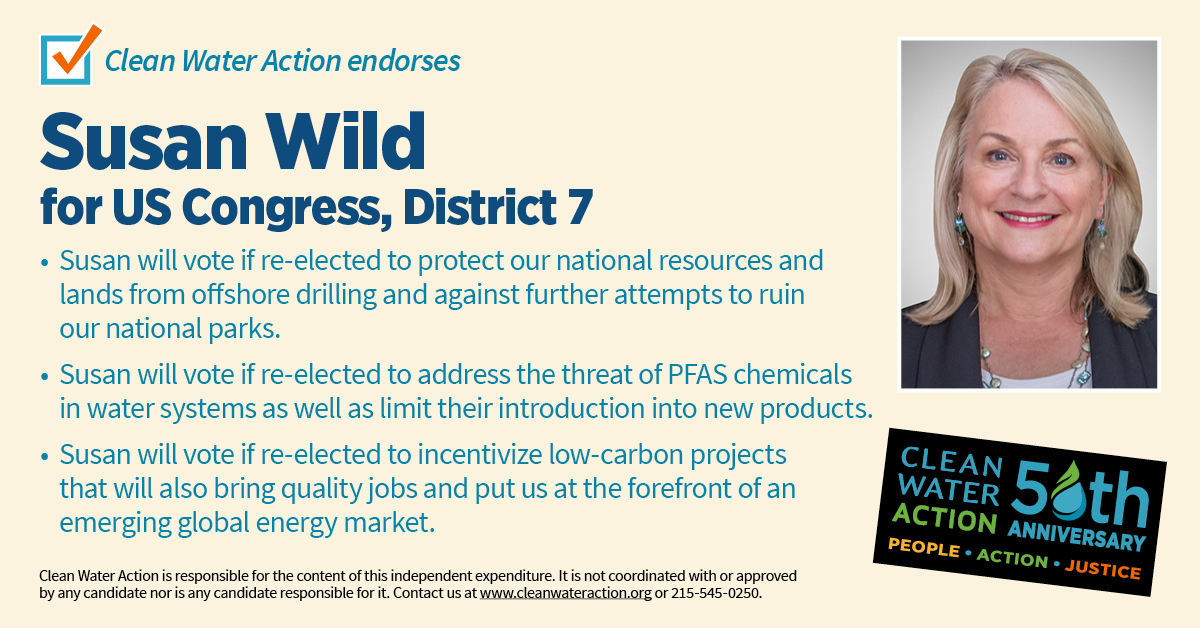 Susan’s has been a long time advocate — whether in her legal practice, as Allentown’s City Solicitor, or in Washington D.C. where she has been focused on solutions to combat the devastating effects of climate change and create policy initiatives that will move us toward a green economy. 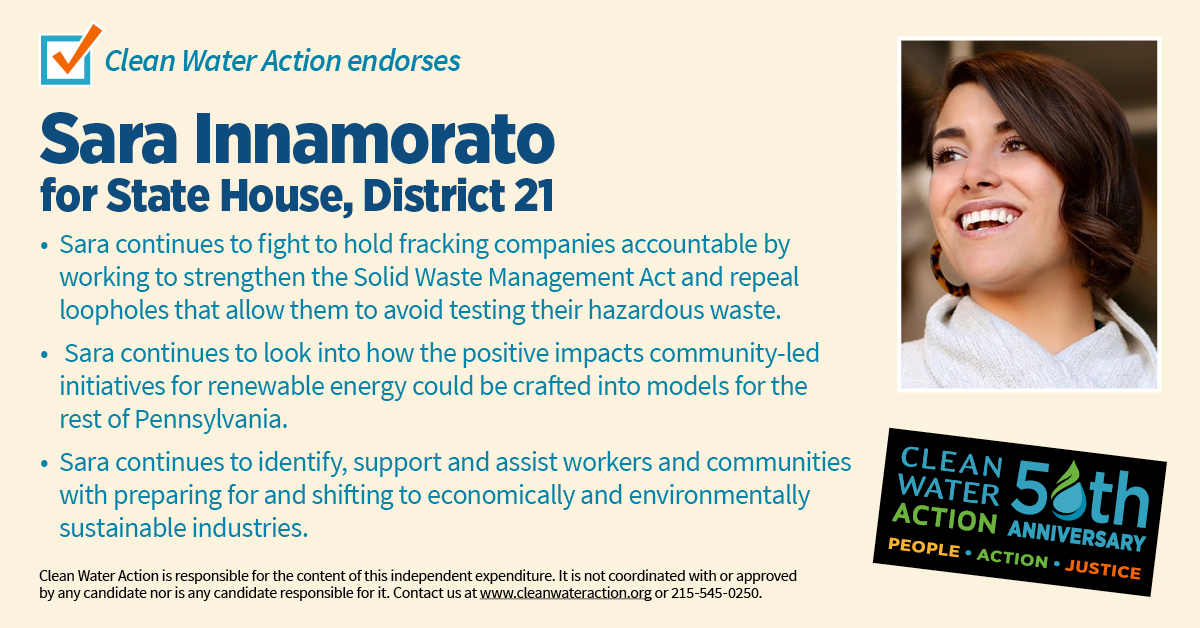 Sara has been a powerful voice in the state legislature.  Her 100% environmental voting record demonstrates she backs up her positions with actual actions and will continue to fight for clean water, clean air & healthy communities for the residents of southwestern PA. 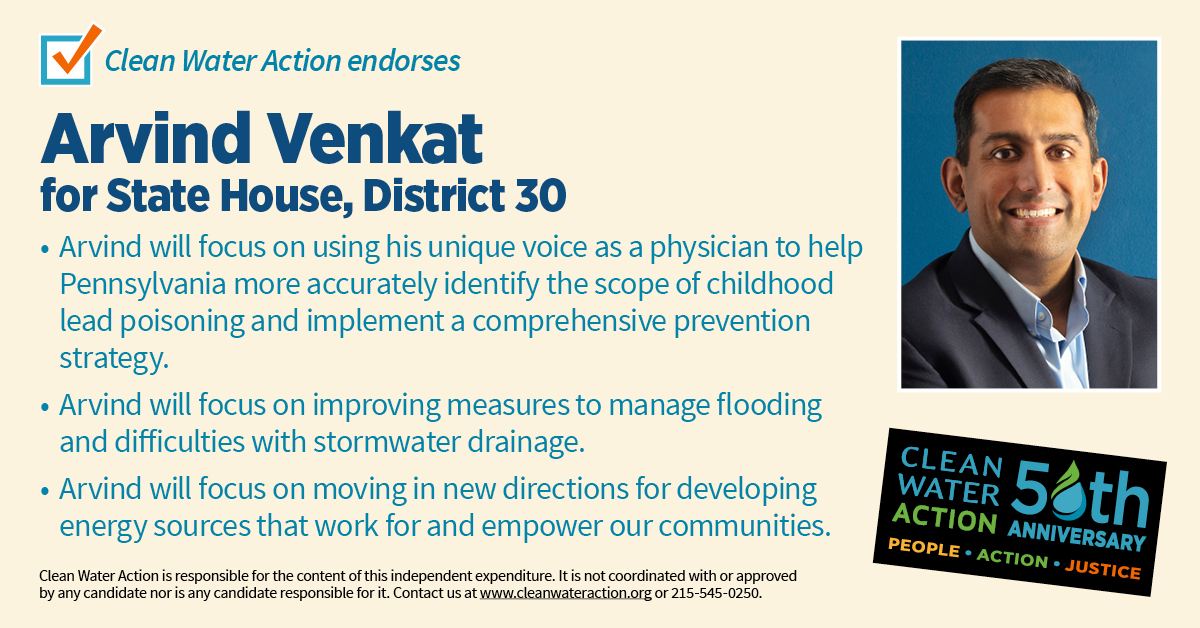 Arvind is an ER doctor who developed innovative programs to improve the health of our community. He’ll bring this same approach and dedication to focusing on serious solutions to address climate change as well as improve our environment, including clean water and clean air. 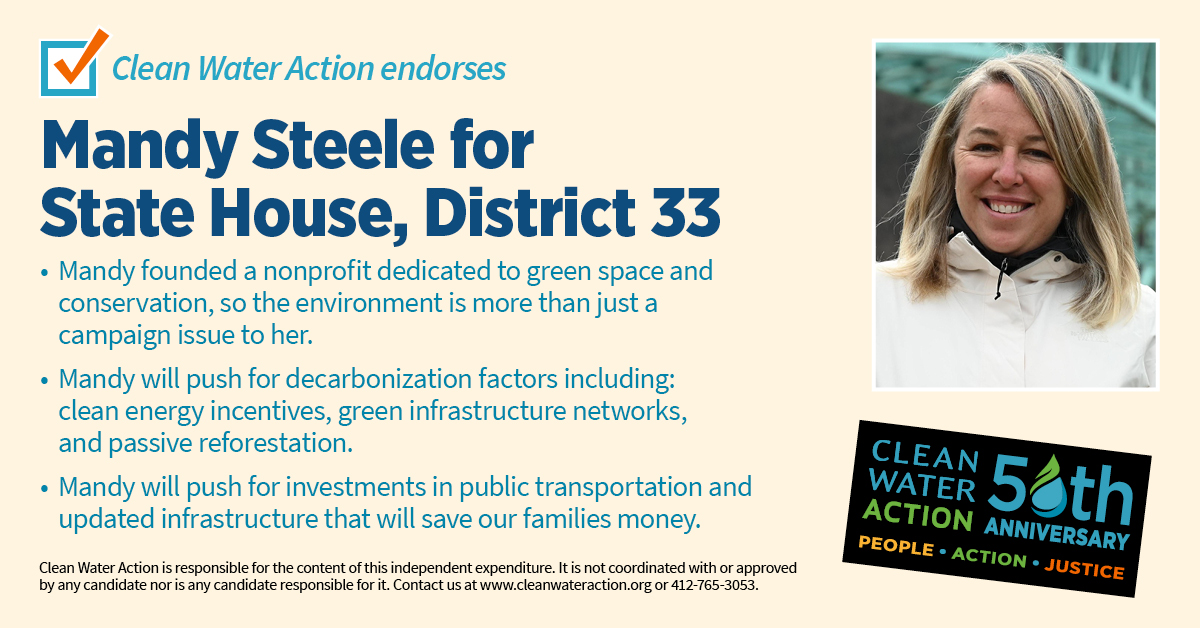 Mandy is an elected member of the Fox Chapel Borough Council, chairs the Comprehensive Planning Committee for her community and spent years leading bipartisan actions to rid SWPA communities of a toxic substance and make them healthier and safer. It’s this history of public service that she’ll take to Harrisburg. 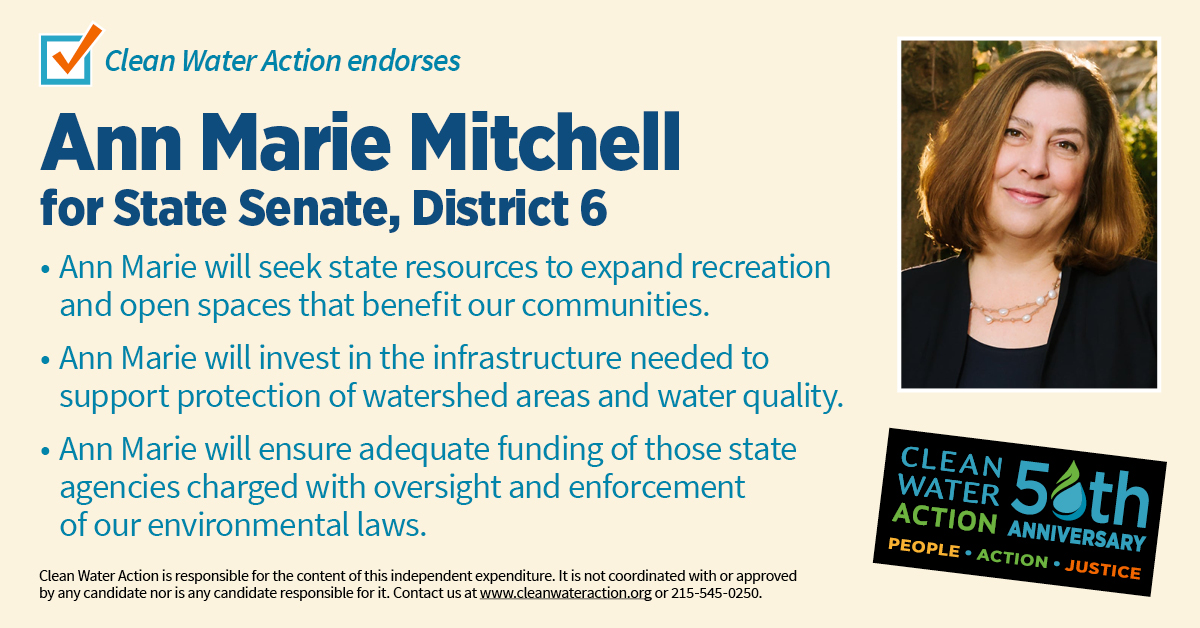 Ann Marie is an experienced attorney who has the courage to stand up and give her district a voice in Harrisburg who recognizes that the safeguarding of our environment is important to the wellbeing of our communities and Commonwealth. 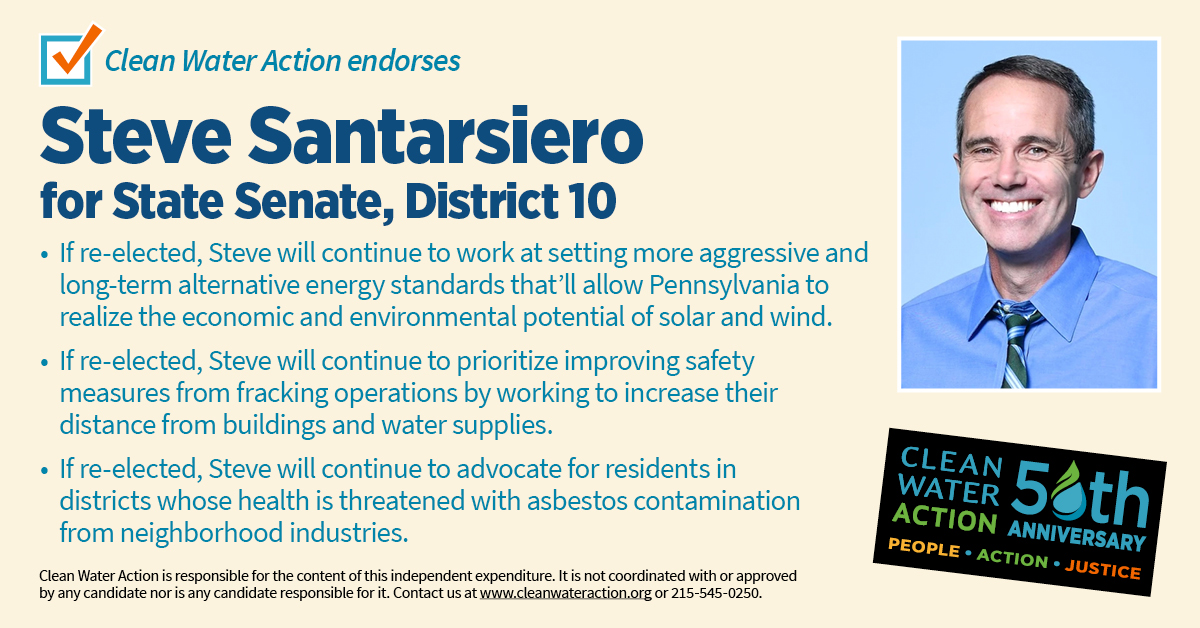 Steve has a history of public service that spans being a municipal official, a State Representative and appointed to the first Chief Deputy Pennsylvania Attorney General for Environmental Protection. At every stop he has also been an advocate for the environment which shows in his 100% environmental voting record while in the State Senate. 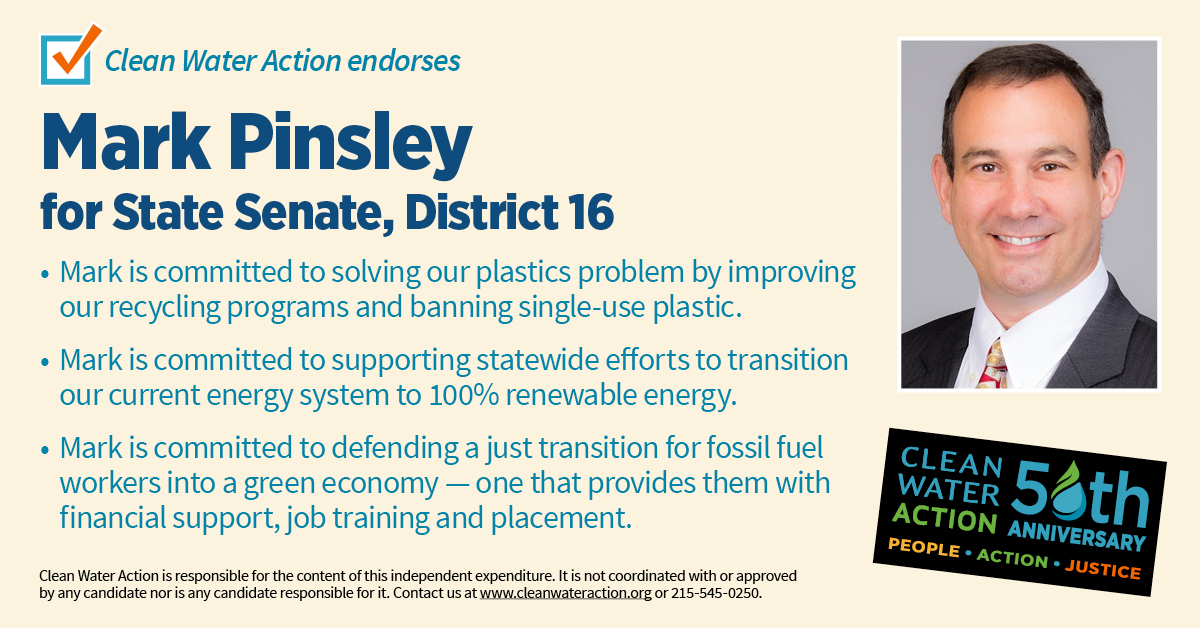 Mark knows about giving back to better our communities whether through his military service, time as a municipal commissioner or in his current role as Lehigh County Controller. These experiences have helped give Mark a passion for ensuring a better future for our children and grandchildren through in part refocusing our efforts on saving our planet. 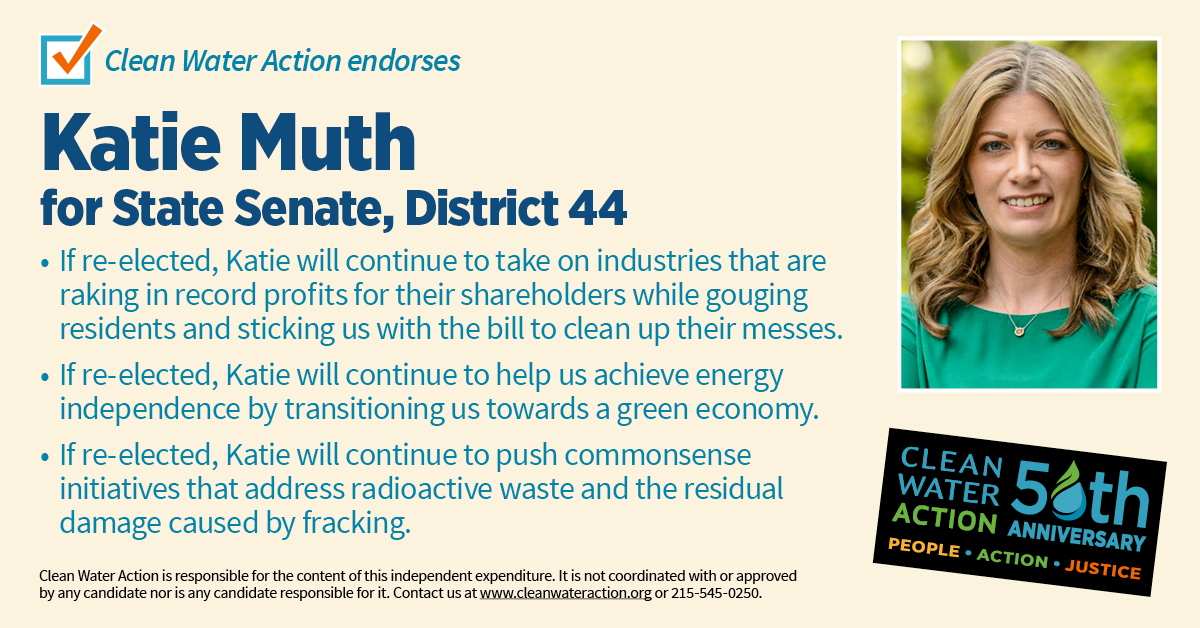 Katie is a straight shooter and someone who has taken on the tough fights around environmental issues in Harrisburg. It’s an approach that has led her to be an influential voice on the Senate Environmental Resources and Energy Committee and earn a 100% environmental voting record on our scorecards.