On July 24, 2019, California finally took a step to realize the Human Right to Water. That day Governor Newsom signed SB 200 (authored by Senator Monning) into law, establishing the Safe and Affordable Drinking Water Fund and providing $130 million annually through 2030 to ensure safe drinking water for all Californians.

Clean Water Action and its allies worked on this legislation with Senator Monning for three years, but the road to this victory has been much longer — Clean Water has been working to deliver safe drinking water for Californians since 1990!

$1.4 billion over the next decade is a lot of money, but it must be spent wisely to truly help everyone who needs it — that’s one million Californians today, plus new communities that fall out of compliance over the next decade. The state will still need water bonds, but this fund will help California spend those more wisely, by funding expenses before bonds are passed, like emergency drinking water for communities; experts to develop the best solutions; and costs to hook up small water systems to larger ones.

The State Water Resources Control Board will administer the Fund and must develop an expenditure plan with public input by next June. As it has for more than two decades, Clean Water Action will be at the table to ensure that safe drinking water comes first. It’s an exciting time!

Going from zero to eighty in one year!

Who says you can’t start a movement and make progress quickly? With the help of its members, Clean Water Action made tremendous progress around PFAS chemicals in just one year. 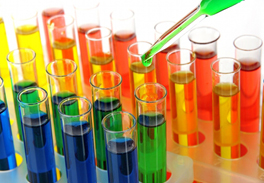 If you googled PFAS (poly- and perfluorinated alkyl substances) in California water in 2018, you would not have found anything — even though data indicated that we have the most drinking water contaminated by these toxic chemicals in the nation. Clean Water Action saw the need to take leadership on this issue through advocacy, public outreach and education. It also built a coalition of allies to support comprehensive action.

The goals were 1) to gain better understanding of the real problem by extensive monitoring for all PFAS for which there are certifiable detection methods, and 2) ensure that California addresses PFAS not as individual chemicals but as a class of toxic, persistent contaminants through regulation, remediation, and pollution prevention.  Starting with a letter to the State Water Resources Control Board in September 2018 (signed by 29 allies in the health, environmental, and environmental justice communities), the organization moved the state from no action to launching a comprehensive water and soil monitoring program for 18 PFAS chemicals in order to ensure that we understand the full scope of the problem in California. That data is now starting to come in, confirming that the problem is widespread and informing next steps to protect the public. As the same time, Clean Water Action and allies educated law makers and helped pass AB 756 (C. Garcia) which requires that the public be informed when any PFAS chemical is found in their water, even though the chemicals are yet to be regulated. And multiple workshops are happening around California to share information on treatment, pollution prevention strategies, and even how to use the legal system to hold PFAS manufacturers accountable for pollution cleanup costs.

This last year has been quite a ride, but this is just the beginning in addressing “the climate change of chemical issues.” PFAS already persist in the environment and we need to explore the best ways to remediate the harm they are doing as well as to destroy or dispose of them. In addition, as with climate change, we need to take action today to stop further destruction from these toxic chemicals.  Clearly, states are in the lead in taking such action, and California has the potential to develop much of the science needed to address the PFAS problem. Clean Water is committed to this important work and pushing the state to lead. 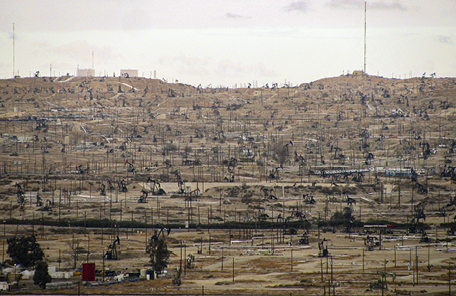 In order to help residents improve and increase the number of reports on potential air quality violations, Clean Water Action conducted a training in Lost Hills to equip residents with the knowledge they need to use a Health/Pollution Log Template. Lost Hills is a small community in Kern County that is largely low-income community of color. On one side of Lost Hills is one of the largest oil fields in California and on the other side large agricultural facilities.

Community members use the logs to keep track of smells and symptoms and have expressed that, aside from the periodic strong pungent odors it was initially difficult to identify more subtle smells. Since they have been living in Lost Hills for several years, they have grown accustomed to both the smells and the symptoms. It took focus from community members to begin to acknowledge the odors.

Using data from pollution monitors and community logs Clean Water Action has identified peaks and strong odors in the mornings before 8:00 AM. This is generally the time parents head out to work and children go to school. Clean Water and community partners advocated with the California Air Resources Board SNAPS staff to send their mobile monitor during those times and are waiting to hear back the result of their investigation. At the first community meeting in November SNAPS staff will be reporting back on their results from both their stationary monitor and their mobile monitor. 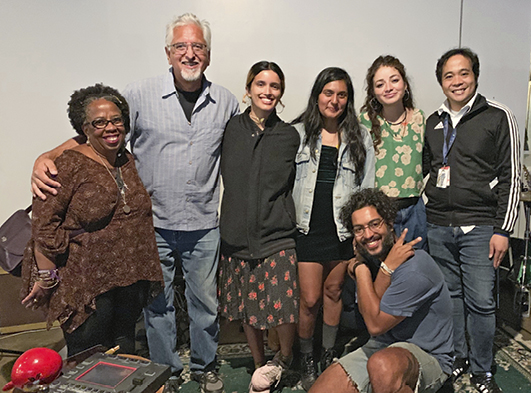 Last month international youth led climate strikes that brought more than 7 million people onto the streets to call for drastic climate action. These strikes may have been the largest climate protests ever. The call was clear — elected officials need to aggressively address climate change as the global threat that it is. The future depends on it.

Berkeley again showed themselves to be leaders in July of this year by passing the country’s first all-electric building ordinance. Starting January 2020 all new apartments, homes, and commercial building construction will be required to be all-electric. Berkeley Councilmembers cited the Climate Emergency resolution in passing the ordinance and said they could not have passed an ordinance like this without a Climate Emergency Declaration.

The Bay Area has had a swarm of Climate Emergency declarations due to the ongoing pressure of Clean Water Action members and the CEMTF. The CEMTF has been hard at work to push the nine Bay Area Counties to collectively address climate change and create a path towards a just transition so that historical inequities are not repeated. In July, CEMTF convened with more than 60 city officials to discuss how to mobilize the Bay Area to tackle climate change equitably. Several participants stated that a space had never been created for them to share their work and best practices on addressing climate change.

In September Clean Water Action organized a meeting with more than 80 participants from Bay Area Nonprofits and Community Based groups to get them more involved in CEMTF and solicit feedback on how to make sure their work is represented in our coalition. Groups ranged from labor, faith, youth, environmental justice, and several others to make sure that our coalition was being as inclusive as possible.

Then this month the first Concert for the Climate fundraising series was held, to support Clean Water’s work towards a regional summit. The concert included several social justice rooted performers, youth speakers, elected officials, and activists. One hundred new participants signed up for the CEMTF during the concert. 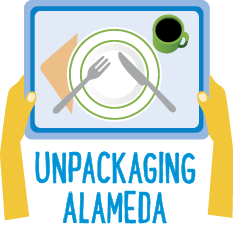 With a grant from the California Ocean Protection Council, Clean Water Fund’s ReThink Disposable program partnered with the City of Alameda, an island connected to Oakland, CA, to create a model for “unpackaging a city.” Vibrant, coastal, and sustained by a nucleus of long-standing and well-connected local businesses, Alameda, California was a perfect fit for a two-year pilot project that would model a durable, transformative source reduction plan to cities around the world.

Over the course of this groundbreaking project, the ReThink Disposable team engaged close to 300 food service businesses on the island to replace disposable food packaging with reusable foodware through hands-on source reduction technical assistance.

Eighty (80) diverse Alameda food businesses — from franchised chains, to donut and ice cream shops, bars, fast casual restaurants, and even a move theatre — are newly ReThink Disposable-certified for their efforts to eliminate and reduce harmful single-use foodware items from their operations. These businesses are eliminating the annual use of 6,199,840 pieces of single-use foodware, preventing 64,682 pounds of waste, and collectively saving $139,231 a year.

To read more inspiring business testimonials, learn about the work across California with local governments, business owners, and community members, watch the animated short, access our educational resources, and much more, check out our website.