The Flint water crisis brought the dangers of lead infrastructure and poor oversight from the state to the surface and a city was poisoned as a result. Every year, combined sewer overflows dump 5.7 billion gallons of raw, untreated sewage directly into Michigan’s lakes, rivers, and streams. As climate change causes more frequent and severe storms, stormwater runoff becomes a bigger problem, and municipalities simply don’t have the resources to properly manage it. Michigan remains the only state in the U.S. that lacks a statewide septic code, resulting in septic system failure rates between 25 to 30 percent statewide.

Further, the privatization of water resources continues to erode the basic understanding that here in Michigan, water is a public resource to be protected and preserved by the state for the use and enjoyment of all Michigan residents, not private corporations like Nestle.

Access to clean, safe, affordable drinking water is a human right. Outdated water infrastructure threatens the health of Michigan residents and the Great Lakes. Investments such as these do not come easily, and won’t happen without the voices and efforts of millions of people from across Michigan standing together and calling for change. 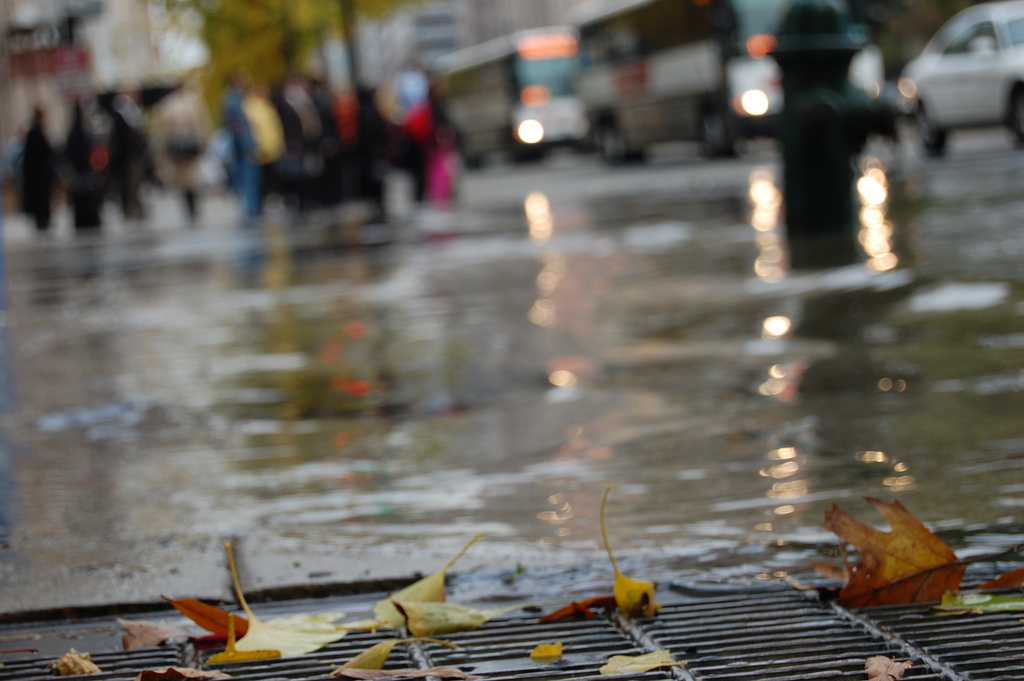 This past summer brought more evidence that Enbridge is incapable of protecting the Great Lakes from a Line 5 oil spill. Their statements on how much damage there is to the pipeline have been repeatedly disproven. Over the course of 2017, we have learned that Line 5 has had unsupported spans of over 200 feet in the Straits, there are bends in the pipeline that weren’t there when the line was built in 1953, the pipeline is currently ovalling, which is a major sign of impending failure, and the protective coating on the outside of the pipeline is missing in many spots. Enbridge spokesperson Ryan Duffy called the spots with missing coating “Band-Aid” sized. However, photographs were released in September that showed more and much larger areas without coating. The largest location of exposed pipeline is 16 by 10 inches. The smallest exposed patches also exceed a foot in length. These are not “Band-Aid” sized at all. This report also revealed a disturbed coating patch over 3 feet in length and a dislodged coating area that’s 13 feet in length.

The Pipeline Safety Advisory Board held a meeting on September 18th where they decided to commission yet another study on the risks that Line 5 poses to the Great Lakes. However, plenty of studies have already been done that show how dangerous the pipeline is. Guy Meadows, the proposed head of the new research project has past ties to Enbridge, which raises issues more of the same conflict of interest concerns that have plagued past Line 5 studies. Instead of wasting time and money on unnecessary and potentially biased research, this threat to our water and health must be immediately terminated.

This new information raises even more concerns with transparency and competency at Enbridge. Clean Water Action is calling for the immediate decommissioning of the Line 5 pipelines in the Straits of Mackinac. During the Pipeline Safety Advisory Board’s meeting about Line 5 in July, over 11,000 Clean Water Action members made public comment to call for the shutdown of Line 5.

Clean Water Action members in Macomb County participated in the Alliance for the Great Lakes Adopt-a-Beach program again this year at Lake St. Clair Metropark. Each year in September, Adopt-a-Beach cleanups are held across the Great Lakes region. The cleanup results are meticulously tracked, compiled, and used to tell us about important pollutant trends in our waterways. In the past few years, over 85% of the debris recovered from Michigan beaches were plastics.

A major source of water pollution may be lurking underground in your own backyard. Failed septic systems leak E. coli and other pollutants into Michigan waterways. Michigan is currently the only state in the nation without a statewide septic code. This means that regular inspections of septic systems are not required, which leads to defective septic systems that contaminate our water. This is unacceptable given the preciousness of the Great Lakes and Michigan’s other water resources. Half of all Michiganders get their drinking water from groundwater. Additionally, a 2015 Michigan State University study found that all 64 rivers that were tested for E. coli were found to contain higher than federally allowed levels of the harmful bacteria. Since the state has yet to pass comprehensive septic legislation, some Michigan counties have tried to take matters into their own hands to implement a septic code.

Thirteen out of 83 counties in Michigan have established septic codes administered by county health departments. Most of these codes include inspections only at the point of sale. This means that a septic system is only inspected when the house is being sold. Septic systems could go decades without an inspection to ensure that it is working properly. Point of sale ordinances are better than nothing, but they aren’t strong enough to protect our groundwater and other bodies of water.

In Kent County alone, there are an estimated 11,250 failing septic systems, leaking approximately 1 million gallons of raw sewage into groundwater supplies each day. Kent County does not require septic inspections. Oakland County, with more inland lakes than any other county in Michigan, has more than 100,000 septic systems. According to the Oakland county health department, 25 to 30 percent of these systems are leaking. Oakland County does not currently require any inspections for septic systems, and has frequent problems with E. coli contamination of rivers and lakes.

Clean Water Action is committed to strengthening septic codes at the county level and working to pass a statewide septic code to protect Michigan water and public health. The longer we wait to implement stringent rules for septic systems and inspections, the more E. coli will leak into our water, and the more solutions to this issue will cost. 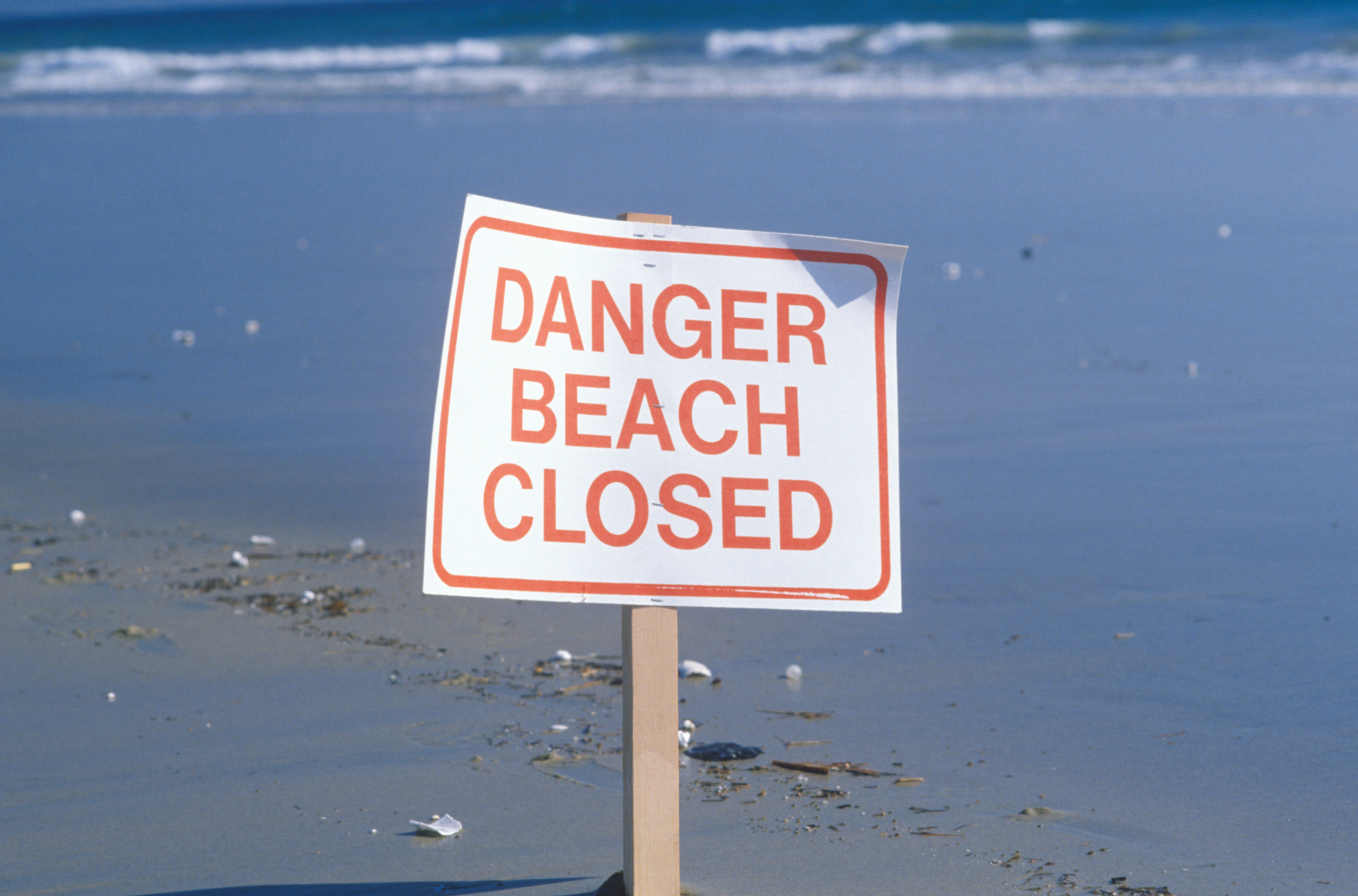 We are pleased to welcome aboard our new Michigan Director, Mary Brady-Enerson. Mary has hit the ground running since starting in June and is excited to lead the organization into the 2018 midterm elections and beyond. She is staying busy working to stop the flow of oil through the Straits of Mackinaw and increase the state’s investments in water infrastructure. She works out of the East Lansing office. Mary began her organizing career while studying at Michigan State University, working with student groups to shut down the T.B. Simon coal plant and increase clean energy investments. Upon graduation, Mary began working with Clean Water Action as a field organizer and field director. While there, she led campaigns to stop the importation of hazardous waste into Michigan landfills from Canada, educated and organized Michiganders in support of the Great Lakes Compact, and worked to stop the spread of invasive species. Mary then spent three years as a field and program director at Citizens Action Coalition of Indiana, designing and implementing utility regulation and corporate accountability campaigns. Mary returned to Michigan and was hired as the field coordinator at Michigan Voice, where she worked with community-based organizations in Lansing, Flint, Grand Rapids, and Kalamazoo to implement coordinated and data-driven electoral, GOTV, and voter protection programs.

Mary is looking forward to working with Clean Water Action’s 200,000 members in Michigan to build the grassroots power we need to protect our Great Lakes and our health, update Michigan’s failing infrastructure, and hold our elected officials accountable.

Another Coal Plant Bites the Dust!

For nearly a decade, Clean Water Action has been on the front lines working to shut down coal plants across Michigan. Lansing’s Board of Water and Light (BWL) has two of Michigan’s dirtiest coal-fired plants — Eckert and Erickson. In 2016, Clean Water Action was successful in putting enough pressure on BWL that they announced the retirement of Eckert by 2020. BWL was unable to commit to retiring Erickson. In August, after mounting pressure from environmental and public health advocates, BWL announced it would retire Erickson by 2025. Thank you to the Lansing Clean Water members who supported this important campaign!