Ask Candidates What They Will Do To Protect Our Drinking Water

Water is our planet’s most vital natural resource and has long faced an array of threats. Runoff from city streets and lawns; agricultural runoff from farm fields containing nitrates, phosphorus, e. coli, and toxic pesticides; industrial waste from energy production, mining, and manufacturing; sewer overflows; unchecked land development; emerging contaminants such as pharmaceuticals, PFAS, and toxic algae. Climate change will exacerbate many of these and will also have devastating effects on our drinking water supplies.

People like you, people who care about protecting our water, health, and ensuring everyone has access to safe and affordable drinking water can make the difference to elect clean water champions and pass proactive policies. One of the best ways to pass good policies is to get engaged in this election. You can ask the candidates tough questions and then vote for the candidate who will protect our health and our drinking water — and we made a guide to help!

Read our list of candidate questions here and vote for candidates who will protect clean water! 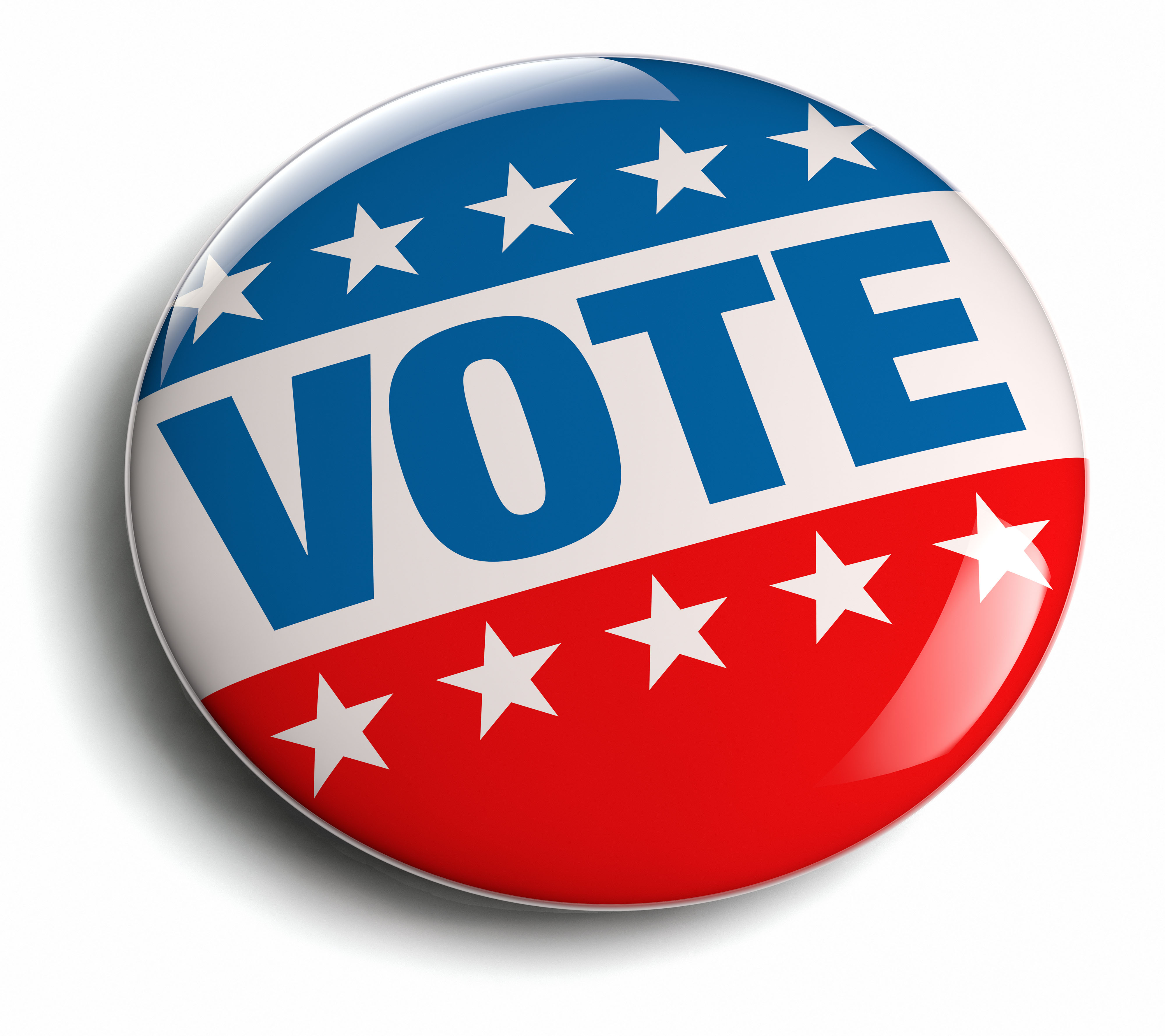 Election Day is November 3 but early voting is already underway in Minnesota. Have you made your plan to vote? There have been a number of changes to voting this year. Making a plan to vote is critical to ensure that your vote gets in on time and is counted this year. If you have already voted, keep reading so you can give advice to your friends and family.

This is an election that will determine the future of our country and everyone needs to have a voice. COVID 19 has affected almost every part of our lives and the election is no different — absentee and early voting is available to all voters in Minnesota.

Take two minutes to make a voting plan — you don’t want to miss out on your chance to vote for environmental champions! You have several options:

1. Wait and vote in person on November 3. Find your voting site, plan a time on Election Day to go vote, and how you’ll get there. This is great, but if you miss it — there is no backup.

2. Vote early and in person at your local voting center between September 18 and November 2.

3. Vote by absentee ballot. You can request a ballot now that will be mailed to you. Just remember, it has to be postmarked on or before Election Day and received by your county by the day before the county canvass, which may take place on the second or third day following the election. Get your request in early!

Not registered or need to update your registration?  Do it early to make sure that you keep all of your options open! 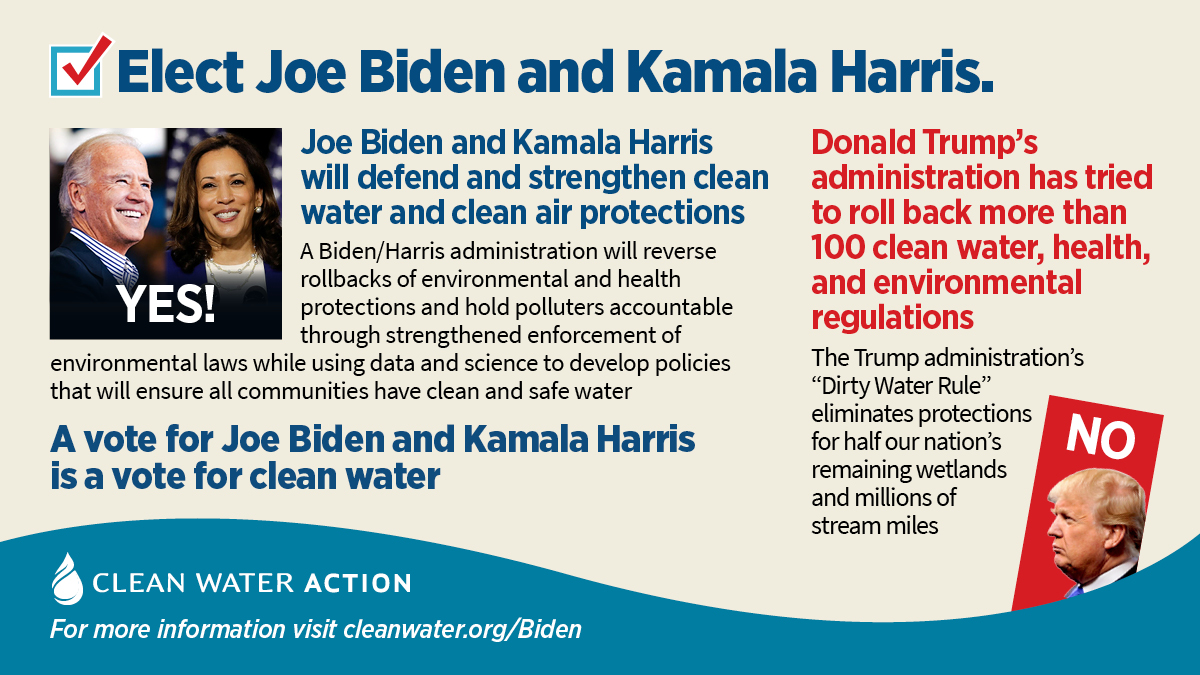 The stakes have never been higher for our water, health, or climate. We need a President who has a bold vision to address the climate crisis, who follows the science, and who will put our water and communities first. Joe Biden and Kamala Harris will lead the way in restoring critical environmental and public health protections to safeguard our water and communities. It’s that simple.

Make sure when you cast your ballot, you cast it for Joe Biden and Kamala Harris and Minnesota Clean Water Champions!

Cargill: Promises Broken, New Ones Made

Minnetonka-based Cargill, the United States’ largest privately held company, has influence around the world. They have a hold on the global industrial agriculture system that is designed to convert large areas of land into chemically dependent, industrial plants. Cargill is best known for producing cheap palm oil and meats.

In September of 2014, Cargill pledged to stop clearing forests by this year. The deadline has come and gone with no action. Instead, the company ignored the blown deadline and had the audacity to promise yet again that they will stop clearing forests. The company also pledged to be part of an regenerative agriculture movement, setting a goal for 10 million acres of row crop farmland to use regenerative practices by 2030.

In August, a month before Cargill missed the deadline, an area in Brazil’s rainforest larger than Sao Paolo was cleared. The number of fires in the Brazilian Amazon is up 28% from July of last year. The Amazon’s entire ecosystem is at the precipice of collapse. Cargill is playing a central role in this destruction — and has not even come close to meeting the promise it made six years ago.

Cargill’s actions show that sustainability and environmental protections are at the bottom of their priority list. Instead of addressing their problems, the company’s actions have led to Listeria outbreaks, fecal contamination, illegal dumping of hog manure which killed 50,000 fish in Missouri, salmonella outbreaks, 15 to 50 times the limit on carbon monoxide pollution from a mill in Arizona, and mass deforestation. And that’s just the tip of the iceberg.

Cargill’s pledge to join the regenerative agriculture movement seems like nothing more than “green-washing”. If Cargill was not able to keep its original promises and would prefer to pay fines rather than stopping contamination before it occurs, how are consumers to believe that they will keep their new promise? Cargill needs to be held accountable — and we’re working to do just that.

Knowing the difference between food labeling is an essential tool in the consumer’s toolkit. That is why we hosted a forum on October 8th highlighting the impact of how food is grown and how labeling can be misleading. Our Field to Fork Program Organizer was joined by Melissa Larson (Thousand Hills Lifetime Grazed) and Jennifer Gilbertson (Duluth Whole Foods Co-Op) for the event. 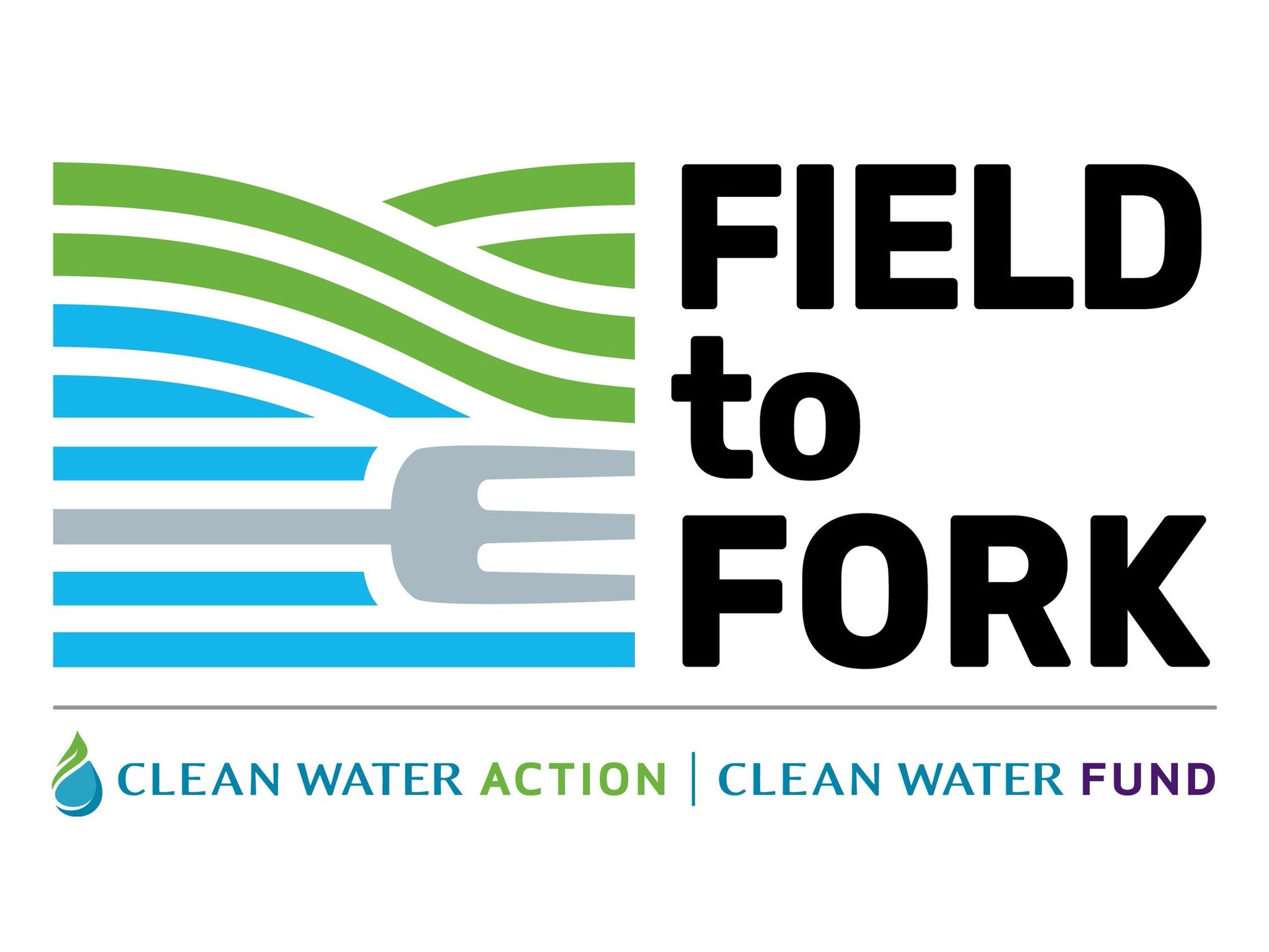 Minnesota is an important player in reshaping the state of our current food system dominated by corporate agriculture — an industry where the majority of meat production is in the hands of only a few corporations with polluting practices throughout their supply chains. For example, Cargill produces meat under the labels of Fresno Meats, Circle T Beef, Valley Tradition, and Meadowland Farms, among others. This affects the nutritional value of the meat and leads to misleading labeling.

By providing expert information on navigating labels and products at the grocery store to buy the best food for you and your family, Field to Fork is focused on increasing demand for sustainably produced products while working for policy reform on important environmental issues — feed sourcing, manure management, and climate change.

Find more information to become an informed shopper as well as information on upcoming events and actions at cleanwater.org/FieldToFork

This summer, Clean Water Action co-released a report which found that some of the largest fast food chains still serve food in packaging that contains toxic PFAS “forever chemicals”. Many fast food favorites had packaging that tested positive for PFAS during sampling, including McDonald’s Big Mac and Burger King’s Whopper. 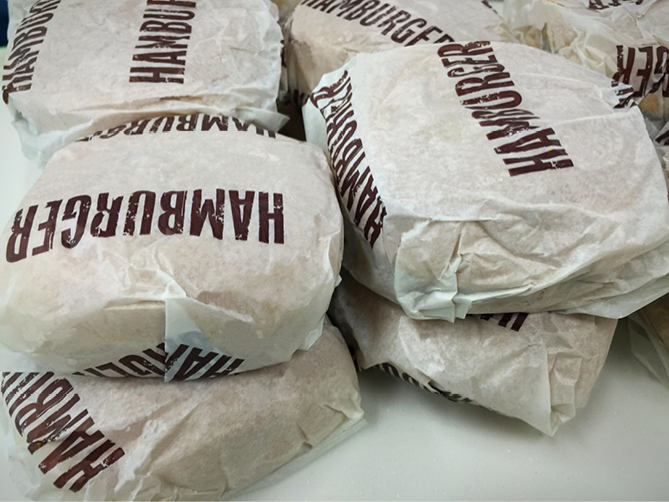 PFAS chemicals are used in food packaging because they are water- and grease-resistant properties. The packaging is only used once, but the PFAS lasts forever in the environment. PFAS chemicals have been detected in drinking water across the country and in the bodies of most Americans. These chemicals have been linked to increased risk for certain cancers, immune system suppression, and reduced birth weight.

As the biggest fast-food chain in the world, McDonald’s has the power to drive the market away from PFAS. More than a million Big Mac boxes are used and thrown out each day! That’s a lot of toxic trash. Share your concern with McDonald’s here.

Weakening the immune response has broad implications, ranging from reduced ability to fight off viral infections to increasing the number of people who remain unprotected from a disease after they’ve received a vaccination. This means that people who are exposed to PFAS may be more vulnerable to COVID-19 complications and may even be less protected by a future COVID-19 vaccine.

The pandemic has underscored how important it is for elected officials to take action to clean up PFAS contamination and make polluters pay for the mess they have created. Before COVID-19 impacted the legislative session, a bill to ban PFAS in food packaging was moving swiftly through the State House. It’s great to see our legislators finally taking action, but we need retailers like McDonald’s to act now and get rid of toxic PFAS food packaging to reduce public exposure in Minnesota and across the globe. 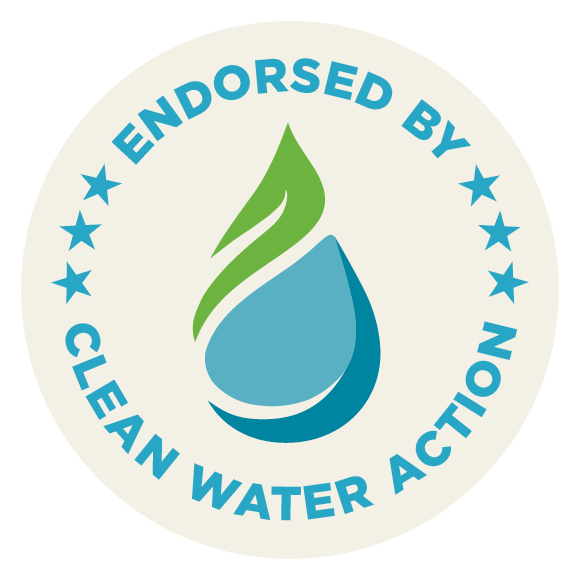 Who we elect matters — their votes on important policy issues, control of the policy agenda, decisions about resources, and leadership willing to address the biggest issues of our time — that is what we will be deciding in this election. Your vote matters.

Candidates who measure up to our vision of an environmental champion receive our endorsement. We encourage you to think about the environment when you are deciding who to vote for.  We recommend the following candidates and ask you to vote for them — vote for champions who will fight for clean water, fight climate change, hold polluters accountable and put protecting public health above corporate profits — vote for Clean Water Action endorsed candidates!