The stakes have never been higher for our water, health, or climate. We need a President who has a bold vision to address the climate crisis, who follows the science, and who will put our water and communities first. Joe Biden will be that President. 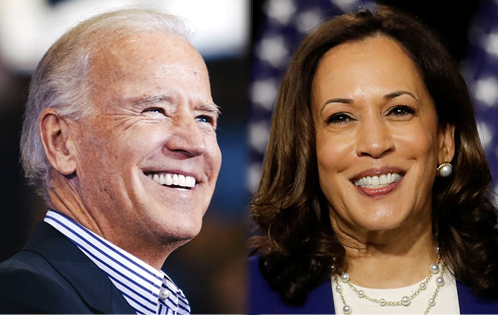 The country can’t afford another 4 months of the Trump administration, let alone another 4 years. In late September, during a trip to California in the wake of devastating climate-fueled fires, the President had the gall to say “it’ll get cooler” and “I don’t think the science knows, actually” during a discussion that mentioned climate change. That is a stunning amount of deliberate ignorance from the President.

That alone should make him unfit to serve. But it goes deeper than that — the Trump administration has spent the last four years weakening the Clean Water Act, refusing to take steps to address the climate crisis, and doing everything it can to pad the profits of corporate polluters like the fossil fuel industry. This has to stop.

We stop these attacks by electing Joe Biden and Kamala Harris.

A Biden-Harris administration will use the power of the federal government to fight environmental injustice. Biden has committed to holding polluters accountable for the damage they do to communities. A Biden administration will restore our country’s global role in addressing climate change and has committed to significant investments in clean energy and to aggressive reductions in greenhouse gas  emissions. Biden and Harris are committed to critical democracy reforms to ensure that people and community voices are not drowned out by money in politics, lack of ballot access, and ethics problems.

The bottom-line: Joe Biden and Kamala Harris will lead the way in restoring critical environmental and public health protections to safeguard our water and communities. It’s that simple. 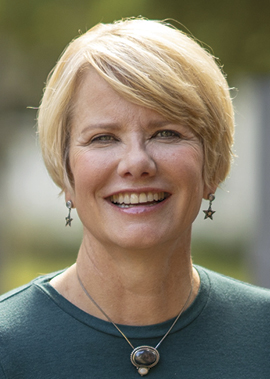 In spite of its name, the Railroad Commission of Texas (RRC) has nothing to do with railroads; rather, it is responsible for regulating most oil and gas activities in Texas. Big Oil is big business, especially in Texas where it extracts more oil and gas than from any other state. It is also a big polluter, responsible for much of the state’s carbon emissions that are increasing wildfire risk, drought, and flooding across the planet; and it consumes and pollutes massive amounts of water. The RRC’s three elected commissioners are infamous for kowtowing to the industry they are supposed to regulate, and their election campaigns are typically fueled by contributions from industry coffers.

This status quo is being vigorously challenged by Chrysta Castañeda, who is running a spirited campaign for railroad commissioner this November. Castañeda has 35 years of experience as an energy engineer and attorney. She is committed to holding the industry accountable, especially when it comes to flaring, the wasteful, polluting practice of burning methane in the oil field rather than capturing and selling it. The RRC almost never rejects a request to flare or simply vent methane into the air — Castañeda wants to change that. Castañeda is also determined to protect groundwater and surface water from oil and gas wastewater discharges. Castañeda enjoys widespread support across the state, and Clean Water Action has endorsed her candidacy. We urge our supporters to vote for Chrysta Castañeda for Railroad Commission in this year’s election!

This year’s elections are the most critical in recent history. The past four years have shown us the importance of electing candidates who let science guide policy, from confronting climate change to fighting COVID-19. It is equally vital that we choose candidates who are committed to fulfilling the promise of American democracy by acknowledging the reality of systemic racism and acting to dismantle it. And it is vital that we support candidates who understand that fair and open elections are essential to our democracy and who work to guarantee equal and unfettered access to the polls for all. With these values in mind, Clean Water Action proudly endorses these candidates. 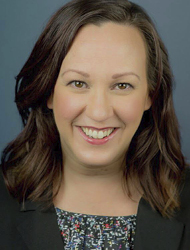 MJ Hegar for US Senate: Hegar is a decorated war veteran committed to reversing the Trump administration’s dangerous rollbacks of landmark environmental protections, and she recognizes climate crisis as the greatest long-term threat facing our children. Texans deserve better than incumbent Senator Cornyn, who scored a zero on Clean Water Action’s scorecard for consistently putting the interests of corporate polluters ahead of public health in his votes in the Senate.

Stephen Daniel, Dist 6: Daniel favors reducing fossil fuel extraction on public lands and assuring that communities of color are included in crafting solutions to pollution that affects their neighborhoods. His opponent Ronald Wright received a ‘F-’ for his anti-environmental votes during his one term in congress.

Mike Siegel, Dist 10: Raised in a union household, this former school teacher and civil rights attorney is committed to solving the climate crisis while creating millions of new jobs through clean energy investments. His opponent Mike McCaul has a dismal record of supporting the Trump anti-environment agenda at every turn.

Rick Kennedy, District 17: Kennedy favors market-based approaches to fighting climate change and he is taking on Pete Sessions, a former congressman with a long history of opposing protections for clean water and the environment.

Wendy Davis, District 21: Davis is a progressive champion who earned a solid ‘A’ rating for her environmental votes in the Texas Senate, while her far-right opponent Chip Roy scored an ‘F-’ on his congressional environmental report card. 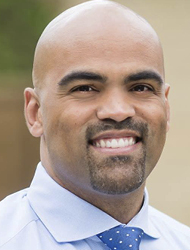 Collin Allred, District 32: Allred had a stellar first term in congress, earning a score of 100% for his environmental votes from Clean Water Action. He deserves to be re-elected.

This year’s Texas State House races are drawing national attention as Democrats seek to regain control of that chamber for the first time in almost 20 years. Clean Water Action is not a partisan organization but to get an endorsement, a candidate must show a commitment to enacting laws to protect our water and air. Also, restoring balance to a state government now dominated by a single party that has consistently put corporate priorities before the health of people and the environment would create new opportunities for advancing clean water initiatives. It would also give both major parties a say in the critical process of redrawing congressional and legislative districts once the 2020 census results are in. Clean Water Action carefully screens candidates on their positions and leadership abilities before offering recommendations for your consideration. Clean Water Action proudly endorses:

Howard will bring a rich experience in public service to the job of managing growth to protect the environment in rapidly growing western Travis County. She is dedicated to implementing plans for wildfire prevention and flood mitigation, and banning the discharge of sewage effluent into local waterways.

The BSEACD regulates withdrawals of water from the Barton Springs Edwards and Trinity aquifers. Williams will bring 25 years of experience as an environmental scientist to the job of sustaining groundwater levels and protecting Barton Springs.

Pool has proven to be an environmental champion since her election in 2014, sponsoring the city’s investment in new solar farms and her resolution opposing Trump’s attack on the federal Clean Water Act. She will continue to honor her pledge to work with Clean Water Action for better flood and water quality controls in the growing city. 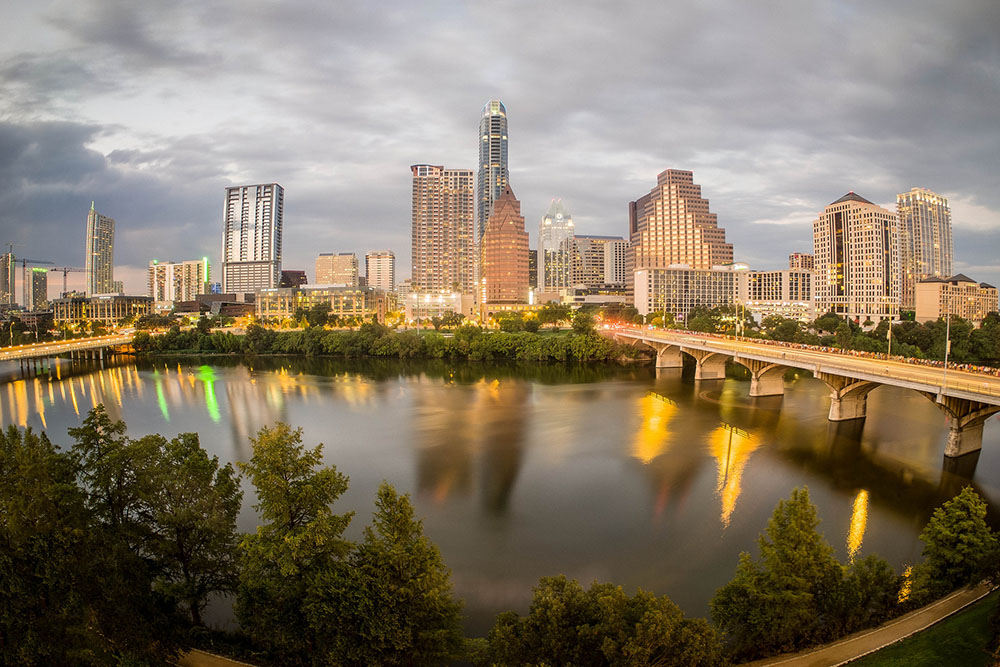 Fight Climate Change, Traffic Congestion and Gentrification with Props A and B!

Austin voters have the opportunity this election to take huge strides forward in the battles against climate change, traffic congestion and gentrification. Prop. A would fund a first-ever comprehensive transit plan for Austin, while Prop. B would fund hundreds of miles of new sidewalks, bikeways, trails, and safe routes to school. Both merit support on their own, and together they will help create a cleaner, better, safer, more equitable city.

Austin’s traffic congestion is legendary, and emissions from private automobiles are now the biggest contributor to climate change both here and nationwide. Prop. A would fund Project Connect, an ambitious plan for two light rail lines, commuter rail from downtown to Manor, new rapid bus lines, more frequent local bus service, new park and rides, and 15 neighborhood circulators serving people in areas with limited transit. The bus and rail vehicles would be powered by clean, renewable wind and solar energy provided by the city. Prop. A also includes a $300 million commitment in anti-gentrification funding, to be invested in station areas that would otherwise witness rapid increases in property value and displacement of low-income residents. This represents the largest investment in affordable housing coupled with a transit initiative in the nation’s history. City leaders have pledged to work with the community on how this money will be spent, and Clean Water Action is committed to assuring that this promise is kept.

Clean Water Action urges our supporters to vote FOR Props A and B! They will help solve traffic congestion, increase affordability and equity, and protect the environment.