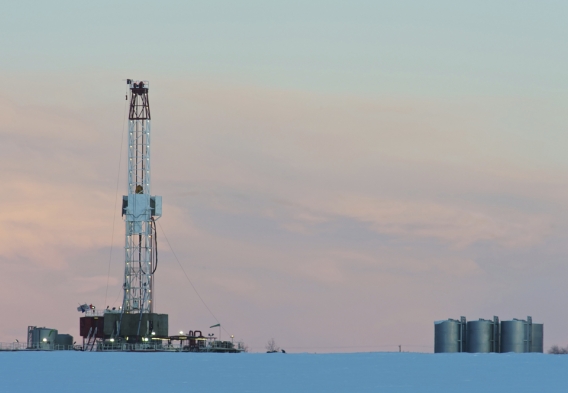 The Future of Fracking

With the new federal administration taking over, a lot of citizens are concerned. Trump and his incoming administration seem eager to undo all the progress that has been made towards reducing our country’s emissions. On the official White House website, Trump has laid out his “America First Energy Policy,” which has began to confirm what many environmentalist have feared: that Trump's plans will further exhaust our use of fossil fuels. This report outlines our supposed need not only to increase our oil and gas production, but also to revitalize the dying coal industry. This plan to increase our production of fossil fuels is a bad move, not just because of environmental damage that it will cause, but also because renewable sources of energy, like solar and wind, are as cheap as ever.  As of 2016, solar energy was actually cheaper than its fossil fuel counterparts.

But Trump’s appointees will be on board with his pro-fossil-fuel energy policy. His Secretary of State appointee, Rex Tillerson, is the former CEO of Exxon with strong ties to the gas and oil industry - and he's not the only one. Rick Perry, the former Governor of Texas, is tapped to be Secretary of Energy.  Perhaps the most alarming is Scott Pruitt. He is the former Oklahoma Attorney General and new head of the EPA, who has sued the EPA numerous times. With Pruitt now in charge of the EPA it seems that we will seem them take a step back on their stance on the effects and damages of fracking.

This new direction is coming after the EPA released a new study on fracking at the end of 2016. The report voiced what many environmentalists and other concerned citizens have said, that the use of fracking to drill for natural gas or oil contaminates drinking water. In a time when renewable energies are cheaper than ever one must ask why people continue to debate over fracking given these well-documented and proven risks.

The finalized report states that fracking has contaminated water supplies in the past and that spills during the handling of fluids used in the fracking process can lead to high concentrations of chemicals in groundwater. The report also stated that the injection process can cause gases and liquids to leak into the groundwater, and the amount of water used in the process can lead to serious withdrawals of water supplies in area with low water availability.  Additionally, when the wastewater from fracking is not properly treated and disposed of it can contaminate surface water, and if not properly contained in lined pits underground it can lead to contamination of groundwater sources.

To summarize what this report means, fracking poses a considerable risk to drinking water. The new evidence of this risk only adds to the body of knowledge that the burning of fossil fuels, like natural gas from fracking, emits considerable amounts of carbon and methane into our atmosphere, which helps cause climate change. Despite this report, it's unlikely the incoming Pruitt-led EPA will address these urgent concerns.

The answer to the problems with fracking is simple. Instead of continuing to create new fracking operations we need to invest in renewables, like solar and wind, because fossil fuels are clearly not worth the environmental damage they cause. If we want any chance of mitigating the damage of climate change we need to make these changes now. In a time where we face so much uncertainty and fear at the federal level, action on the local and state level is more important than ever. So call or write to your local representative, organize your communities, and do everything you can to make a difference before it’s too late.