It has been more than a year since social distancing became the norm and Clean Water staff working remotely. While this transition was full of challenges, especially for Clean Water’s door-to-door outreach teams, one silver lining is that virtual meetings and hearings meant that Clean Water staff could participate in many more meetings and events that would have been too distant or conflicted in time before.

This has had a profound impact on legislative programs at the State House and in city and county councils. In many cases, virtual government meetings have made testifying far more accessible to the public. Where participation was once limited by who could travel and wait around for hours to testify for two minutes, in 2021 anyone able to log in to a virtual meeting or dial a conference line could participate in public hearings that impacted them. And not only hearings were streamed; legislative meetings and voting sessions were also livestreamed, recorded, and made easily and conveniently accessible to the public, adding a new layer of transparency and accountability that was difficult to attain before.

All in all, as we look to post-COVID-19 public engagement, Clean Water staff hope that the various legislative bodies will continue the innovations that have opened the door to more convenient public participation with local and state governments.

How can your food waste change the climate?

Join Clean Water Action and partners for a four-part webinar on how your food waste can be used differently to reduce methane and CO2 emissions. We will explore municipal compost, private compost, backyard options, and why food scraps play a role in our climate resiliency.

Organic Diversion and Zero Waste: The nation’s waste system is unsustainable. It leaks methane out of landfills, belches CO2 and other air pollution from incinerators, and concentrates pollution in already polluted communities. Clean Water Action and allies are pursuing strategies to remove organic waste from the waste stream and move Maryland towards zero waste.

Victory — HB264/SB483 passed and will reduce the amount of organic waste heading to landfills and incinerators by requiring covered food scrap generators to divert into compost, food donation, and other strategies on the food waste hierarchy.

Victory — HB280/SB304 passed and will clarify that burning trash is NOT recycling. A huge thanks to Delegate Charkoudian and Senator Pinsky for their leadership on this issue. 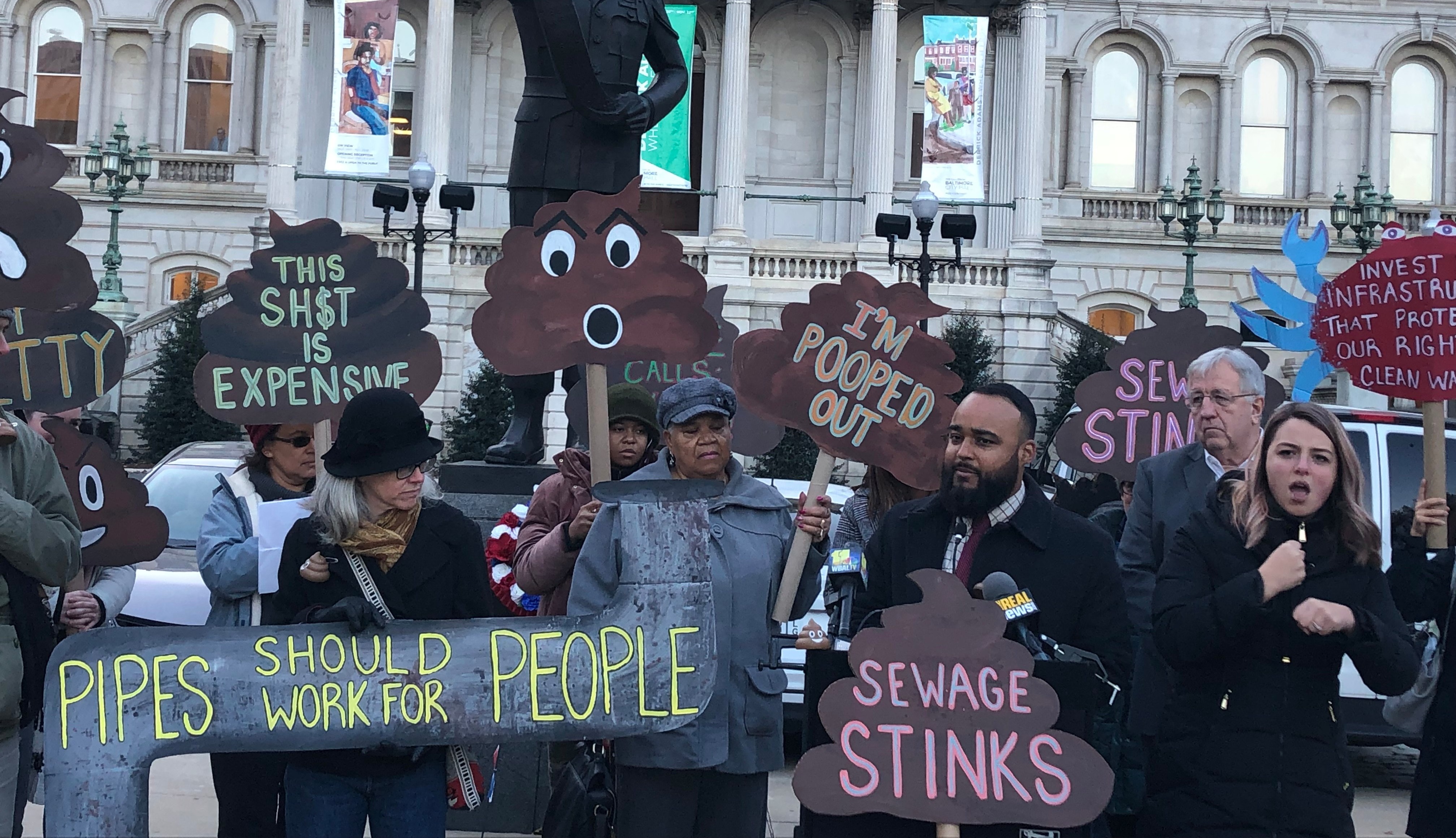 Better Septic Regulations: Septic systems are tiny wastewater treatment plants that are responsible for treating all of the waste coming off a house.

Victory — HB407/SB22: passed and will license property transfer inspectors. This means that the people who tell homeowners and homebuyers whether or not their septic system works will have a professional licensing system like comparable industries in Maryland.

No victory yet — creating a regulatory licensing board for the septic industry. HB302 passed the House, but the Senate decided to create a workgroup to study the issue over the summer. We will work with the Committee and stakeholders to make sure that water quality remains a key feature in conversations.

Worker Protections: Healthy food workers are critical to keep food on our shelves. When workers fell ill to COVID-19, the resulting shock in the food system lead to empty shelves and the mass slaughter (but not for food) of millions of chickens. We are supporting legislation to expand sick leave and to require COVID-19 protections for workers at the workplace and in worker-provided housing.

Partial victory — many of the provisions to cover food and farmworkers under an Emergency Temporary Standard at work passed in HB581, the Maryland Essential Workers Act.

Visit our website for more information about victories and defeats in MD’s 2021 session.

Thousands of sewage backups are reported in Baltimore City homes every year, caused by stormwater entering the sewer pipes through cracks, roots and debris clogging the sewer pipes, and even collapsing, aging pipes. In 2018, the new Modified Consent Decree for the city’s sewer infrastructure required the Department of Public Works to start a program to quickly reimburse residents facing this problem — but the city did not really advertise the program, so only 74 residents applied for the program in its first year (when there were over 4,600 sewer backups reported). The program’s qualifications were so restrictive that only 11 applications were accepted. Under this reimbursement program, only people who could afford the up-front costs of safe and professional cleaning and chance getting accepted for reimbursement could take advantage of it, meaning that many lower-income residents were left out.

Clean Water Action has been working with community leaders and impacted residents for years to demand improvements to this flawed program, and this spring, Baltimore announced a complimentary Sewage Onsite Service program to provide direct, professional cleaning and disinfecting to people experiencing certain sewage backups. That’s a great step forward — but the program still carries many of the restrictions of the earlier reimbursement program, and many residents experiencing sewer backups caused by conditions in the city’s infrastructure won’t be able to get help. We’re continuing to advocate for improvements to this program so that Baltimore residents won’t be left to handle the severe health risks and financial burden of sewage backups alone. 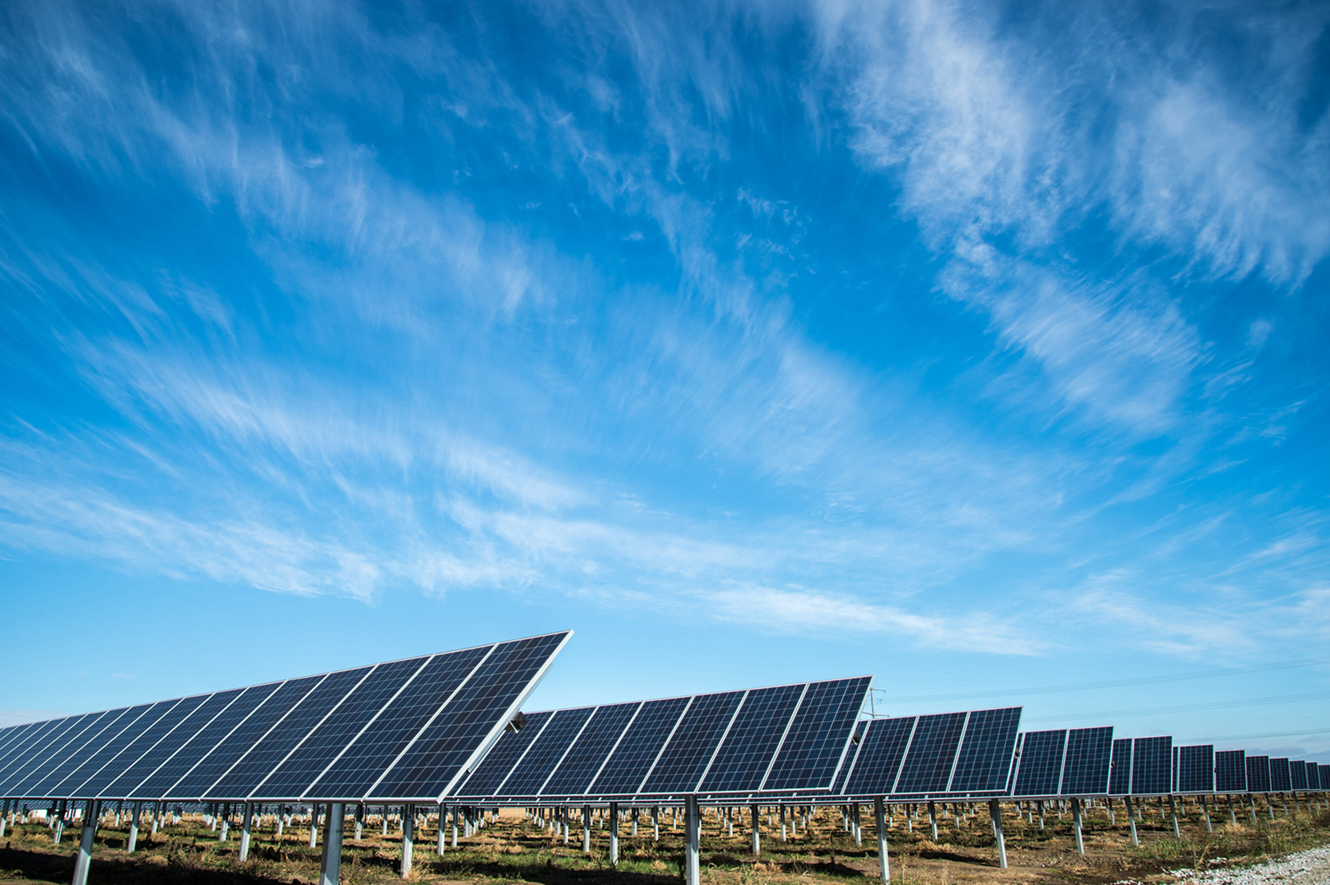 To face the climate crisis, the nation must build a lot of renewable energy — but where and how can make a big difference. Smart solar planning policies can promote solar power on rooftops, brownfields, and parking lots with funding incentives and scoring rubrics. But without such planning, solar power can take up vast amounts of productive farmland and forests, disrupting agricultural economies and displacing wildlife habitat.

This winter in Montgomery County, Clean Water Action worked with local partners — especially the Montgomery Countryside Alliance and Sugarloaf Citizens Association — to make sure that a proposed solar policy struck the right balance between promoting community solar and protecting the county’s Agricultural Reserve.

Fort Detrick, in Frederick City, contains a Superfund site of contaminated groundwater flow around several landfills where hazardous medical and biowarfare waste was buried in the 1960s. For the past several years, we’ve been working with members of the Restoration Advisory Board to track the ongoing remediation efforts and coordinate public health protections around the site. As a result, this spring, the new Frederick City Comprehensive Plan includes creating an Environmental Overlay district surrounding the Superfund site, and reconsidering a planned road that would cut through the Superfund site. We’ll keep working to make these two recommendations a reality in Frederick.

Virginia’s legislative session is always a challenge given the whirlwind of activity in a roughly month-long session. Despite the challenges posed by the pandemic and a brief session, Clean Water achieved victories in protecting Virginia watersheds and enhanced local authority to support the development of sustainable transportation.

Victory — SB1309: passed and will provide the authority to local governments to establish a local Stormwater Management Fund consisting of appropriated local moneys for the purpose of granting funds to a private property owner or a common interest community for stormwater management and erosion prevention.

Victory — HB1903/HB2262: passed, and will strengthen local authority to improve Walkability and Bikeability.

Victory — HJ542/HB2054: passed and will strengthen local land use authority to zone for transit-oriented development with lower parking minimums.

Clean Water staff serve on behalf of the public to ensure that public health interests and concerns for clean drinking water are upheld without conflicting with the interests of municipalities that may have concerns over the cost of implementing increased state PFAS regulatory standards.

Clean Water Action is demonstrating what Environmental Justice looks like in action by organizing among first-line community groups and grassroots leaders in the Anacostia watershed. The Anacostia is an almost 9 mile long river situated among several working class African American neighborhoods and historically black communities in the east end of the greater Washington D.C. metro region. The Anacostia primarily flows through the District’s Ward 7 and 8, (the two most economically and socially vulnerable Wards in the city).

The river starts in Prince George’s County, MD and terminates into the Potomac river at Buzzard point in D.C.’s Navy Yard neighborhood. Like many urban rivers in the Chesapeake Bay watershed, the Anacostia and the communities (human and non-human) that depend on it, have struggled to recover from the decades worth of industrial changes to the river and surrounding landscapes. Environmental justice in the watershed looks like Clean Water integrating community and ecological advocacy in its D.C. programs by supporting issues and priorities determined by Black residents and leaders based in Ward 7 and 8 through the Anacostia Park and Community Collaborative.

As fiscal agent of APACC, Clean Water uses its platform as a national environmental advocacy organization to redistribute resources and decision making power about the Anacostia river and its parks to the people that live within the watershed. Clean Water, on behalf of the collaborative, redistributed over $100,000 in grants to neighborhood groups and grassroots organizations based in the Anacostia watershed in 2020, including the Anacostia Coordinating Council, the Friends of Oxon Run Park, and Ward 8 Woods and the Fairlawn Citizen’s Association. 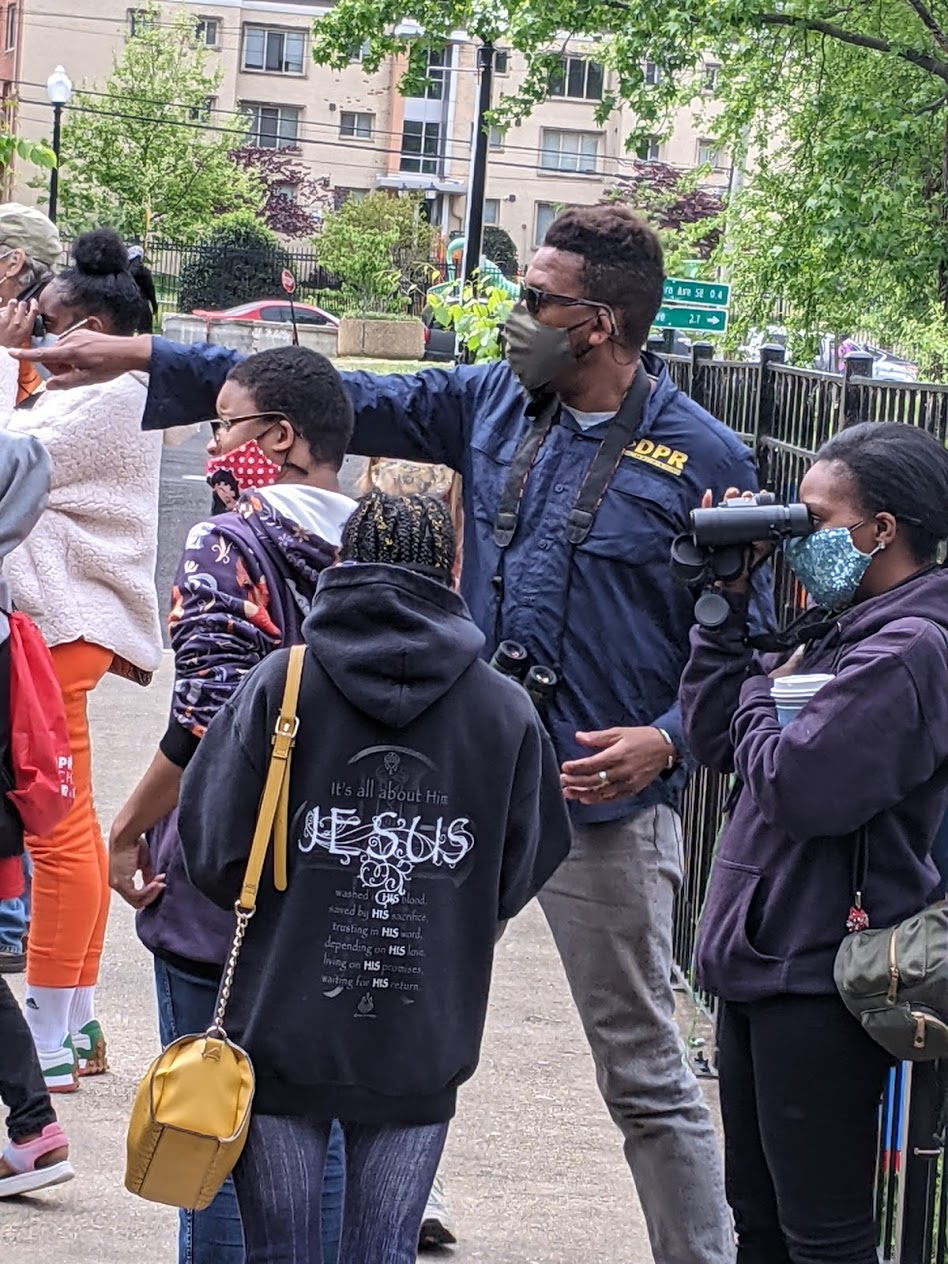 Anacostia Park is a 1200 acre park system adjacent to the Anacostia river, managed by the National Park Service. It is a greenspace that has and still does play an important role in the culture and community health of several predominantly Black neighborhoods in Southeast and Northeast D.C. Advocacy to support investments in the stewardship and infrastructural maintenance of Anacostia park has been a long-standing challenge. Currently, Clean Water Action is  encouraging members/supporters to fight for improved amenities in Anacostia park including open bathroom facilities and functional drinking fountains by sending an email to the park superintendent requesting improvements to the basic park facilities. Several studies have shown that time spent in parks is directly related to improved community health outcomes, and Clean Water has focused its efforts in D.C. on supporting work that centers improving the connection between Ward 7 and 8 residents in respite, recreation, and decisionmaking about Anacostia Park and River systems.

Clean Water is also working to provide Ward 7 and 8 residents access to conversations about health and equitable natural resource management in the broader Chesapeake Bay watershed through actions such as sponsoring the participation of 20 community residents in APACC member organization Audubon Naturalist Society’s 2021 Taking Nature Black virtual conference. This conference focuses on Black-led nature-based and environmental justice oriented leaders, projects, and initiatives throughout the Chesapeake Bay.

Clean Water purchased 25 binoculars and 25 birdhouses on behalf of APACC to support this April birding event organized by the Friends of Oxon Run Park (An Anacostia neighborhood park).