We cannot ensure a safe and healthy environment for all people without addressing the racism that causes so much harm and inequity.

Black communities and other communities of color are often burdened with disinvestment, which leads to failing infrastructure. Polluting facilities like power plants, oil and gas operations, and incinerators are often located in or near communities of color. The people who call these communities home often don’t have access to parks, greenspace, or reliable public transportation. And they must often deal with a legacy of expulsive zoning, redlining, and bias, along with indifference from elected officials and policy makers. All of this has a devastating and generational impact on the health of the families in these communities.

This must end. We have to acknowledge and correct the historical harms that have led to clean air and clean water for some and pollution and degraded health for others. Clean Water Action is committed to combating racism and oppression in all forms, both internally and in our society. Read more

Texas Needs the “Clean Water For All” Act!

Clean Water Action strongly supports the Clean Water for All Act (H.R. 6745), which was filed in the US House of Representatives in early May. The Act would repeal the Trump administration’s Dirty Water Rule, which dramatically reduces the number of streams and wetlands protected by the Clean Water Act. It will mean that industrial polluters and developers can discharge into or pave over vital water bodies. The Dirty Water Rule does this by claiming, contrary to common sense, sound science, and decades of regulatory practice, that waterways that dry up part of the year are not protected by federal law.

Few states stand to benefit as much from the Clean Water for All Act as Texas. Some 70% of the state’s stream miles run dry at times, especially during frequent droughts, and these streams connect with larger waterways that provide drinking water to 11.5 million people. Thousand acres of coastal wetlands, which provide critical wildlife habitat, absorb stormwater that would otherwise cause flooding, and help filter water used for drinking, would be opened up for dredging and filling to make way for new strip malls and subdivisions. Recent experience with both drought and hurricanes shows how shortsighted it would be to fail to protect these vital waterways.

The goal of the Clean Water Act is to “restore and maintain the chemical, physical and biological” of all our nation’s waterways. Now is not the time to allow polluters and their allies in the Trump administration to undermine the landmark Clean Water Act.

TAKE ACTION! Please write your US Senators and House Members and tell them to co-sponsor the Clean Water for All Act. 2020 is a pivotal election year! We need to remind our elected officials that they work for us, and not for the big polluters who fund so many of their campaigns. You can send them an email here.

Gearing Up for November 2020 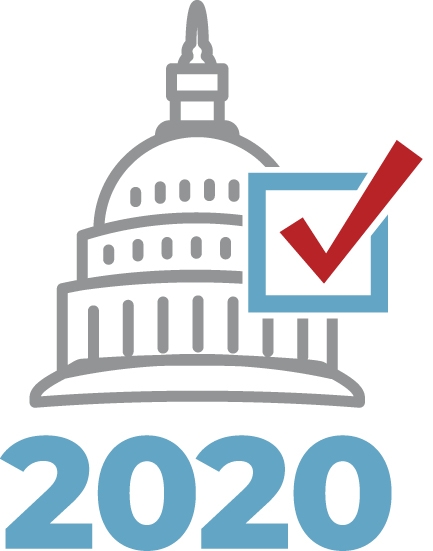 The November 2020 election promises to be one of the most critical elections in decades, with key races at the local, state and federal level. Clean Water Action has already made endorsements in four critical congressional districts, with additional endorsements for state legislative and congressional seats coming soon.

We are proud to endorse Collin Allred in District 31, Julie Oliver in District 25, and Wendy Davis in District 21 for US Congress. Allred won his North Dallas seat in 2018 with support from Clean Water Action, has proven to be a reliable vote for the environment in congress, and is a strong supporter of clean energy to fight climate change and build the economy. Oliver is taking on incumbent Roger Williams in a gerrymandered district that includes parts of Hays and Travis counties and rural counties stretching to Ft. Worth. Davis is challenging first-term Rep. Chip Roy in another gerrymandered district that includes parts of San Antonio, Comal, Hays and Travis counties. Both Williams and Roy have abysmal voting records and refused to respond to Clean Water Action’s candidate questionnaire, while Oliver and Davis are true environmental champions and are not accepting donations from the fossil fuel industry. Mike Siegel earned our endorsement in the Democratic primary for CD 10 — yet another gerrymander designed to dilute the strength of progressive voters in Austin that encompasses parts of Travis County and reaches eastward into Houston. Siegel, who lost an surprisingly close race to incumbent Mike McCaul in 2018, faces a July 14 runoff (see below).

The battle for control of the Texas House of Representatives is attracting national attention, with Democrats needing to flip 9 seats to gain a majority. This would likely lead to House committees more sympathetic to environmental initiatives, provide a backstop for ultra-conservative initiatives from the Texas Senate, and make it more challenging for Republicans to gerrymander congressional and legislative seats in their interest once results from the 2020 census are in. Clean Water intends to defend the 6 seats it helped flip in 2018, as well as endorse in up to 20 additional races considered in play.

Clean Water will also weigh in on November’s Austin city council races, when 5 of 11 city council seats are up. Austin is considering seeking voter approval for a much-needed comprehensive transit initiative that includes light rail, park-and-ride, and additional express buses lines, and Hays County is considering a major bond initiative for parks and land conservation. Travis County will elect a new county commissioner in Precinct 3, where the sole Republican member of the commissioners court is stepping down. One of the three seats for Texas Railroad Commission is up this November, and CWA will likely endorse to highlight concerns over the lack of meaningful regulation of oil and gas activities.

Please make a plan to vote this November! Your voice will be critical. You must be registered to vote by no later than October 5 to be eligible.

VOTER ALERT: If you live in CD 10, please vote for Mike Siegel in the July 14 Democratic Party runoff. Siegel will work to reverse the Trump administration’s rollbacks of environmental laws and fight for the Green New Deal to slow climate change and build jobs in clean, renewable energy. Vote EARLY June 29- July 10. 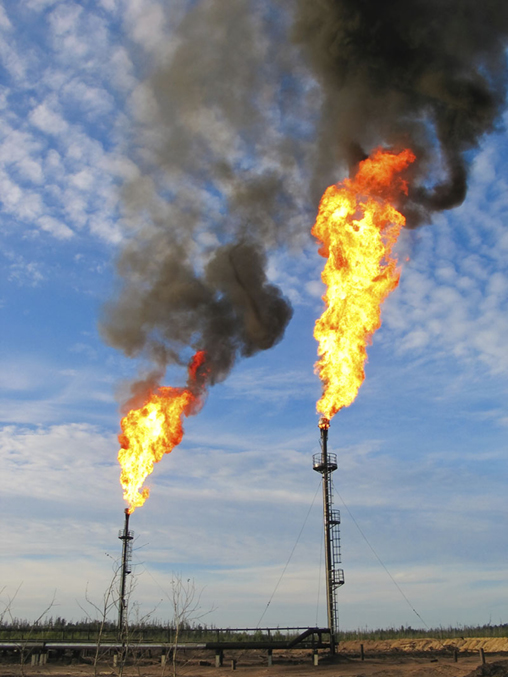 2020 has forced everyone to adjust to the new reality of COVID-19, but big oil and gas was having trouble even before the virus appeared. Texas producers came into the new decade suffering from a price war between Russia and Saudi Arabia and a resulting oil glut that pushed prices far below the point needed to keep drilling in the Permian Basin profitable. The industry, saddled with debt and facing record-low demand, is desperate to stay afloat, and is pursuing a strategy of evading and eroding as many environmental laws as it can to cut costs and try to weather the storm.

On March 13, Governor Greg Abbott declared a state of disaster in response to COVID-19, which among other things allows oil and gas operators to request waivers overriding environmental regulation. A similar policy soon followed from the Environmental Protection Agency, and in response, Clean Water Action joined allies in a lawsuit to stop the EPA from letting big polluters evade environmental laws that protect public health, the air we breathe and the water we drink. The lawsuit is pending.

The suspension of environmental enforcement comes on the heels of the Texas Legislature’s passage in 2019 of HB 2771, which authorizes the Texas Commission on Environmental Quality to seek permission from the EPA to allow discharges of oil and gas wastewater directly into Texas rivers and lakes. Although the wastewater would be treated, the full list of toxic chemicals it contains is an industry “trade secret,” making it difficult to ensure that the water Texans not only drink but also swim, play and fish in is safe. Clean Water Action is opposed to this wrongheaded policy change.

2019 also saw massive mobilization around the world and in Texas calling for government action on climate change — mobilizations that would have continued in 2020 if not for social distancing. As the political tide continues to shift, so do the economics of energy, as wind and solar become more cost-competitive. The oil and gas industry finds itself fighting to stay dominant in the state it helped build, and its chosen path forward is record layoffs and evading the cost of complying with the state’s modest environmental standards, rather than embracing a clean energy future. As climate change become an even greater global crisis, and with the threat of further water and air pollution from fracking an ongoing problem, we should all welcome the transition away from oil and gas and  books and a future defined by sustainable, environmentally friendly clean energy.

KEATON PETERS is an Austin-based organizer for Clean Water Action and co-editor of Branchoutnow.org, a media nonprofit whose mission is to fight for climate justice with truth and trees.

A state court decision has put Austin’s new land development code (LDC) on hold, as the judge agreed with neighborhood advocates that the rights of affected parties to receive notice of proposed zoning changes and protest them apply even in the context of a comprehensive code overhaul. The ruling, coupled with city council’s decision to appeal, could delay approval of a new LDC for a year. But it does not apply to non-zoning provisions, and Clean Water Action is working with allies — including some who sued the city —  to move forward sooner with provisions that improve environmental protections.

Clean Water played a key role in getting these improvements into the draft LDC. Developments would need to install water quality controls at lower thresholds of impervious cover and use “green stormwater infrastructure” like porous pavement and bioswales in more cases. Small projects in the interior of neighborhoods would have to certify that they would not worsen localized flooding, and developers who remove protected trees would have to build out as if those trees were still intact. These changes would make Austin more resilient to climate change, reintroduce nature into the city, improve water quality and reduce flooding.

Other provisions would help secure a more affordable, sustainable water supply. Developments larger than 250,000 sq. ft. would have to be dual plumbed and meet non-potable needs with either reclaimed water provided by the city or with rainwater, AC condensate and graywater captured onsite. This would lower water bills for people inside these building and reduce the amount of water Austin needs to withdraw from the Colorado River, postponing rate increases the city is obligated to pay under its contract with the LCRA once annual withdrawals reach certain levels. All of these changes received broad community support and merit implementation now.